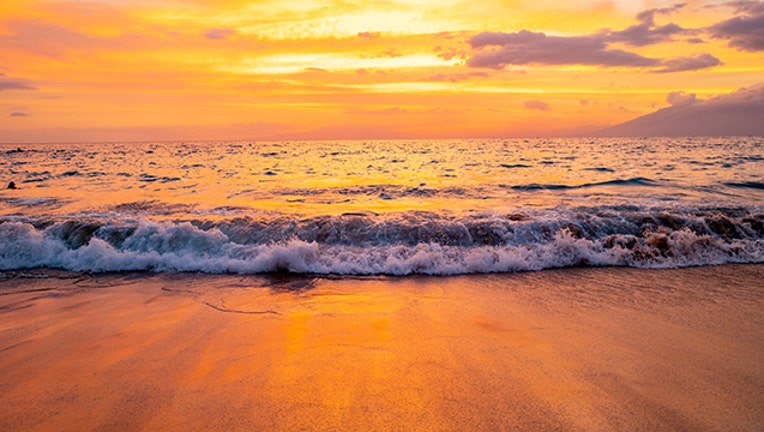 A colorful sunset is visible above Wailea Beach on the island of Maui, Kihei, Hawaii, July 30, 2022. Photo courtesy Sftm. (Photo by Gado/Getty Images)

NEW YORK - A new report claims that Hawaii is the happiest state in the U.S.

WalletHub compared the 50 states across 30 key indicators of happiness. The data set ranges from the depression rate and the share of adults feeling productive to income growth and the unemployment rate.

Hawaii ranked best for emotional and physical well being.  It had the lowest share of adult depression (12.90%).  It also ranked high for community and environment.

New York was in the middle of the pack, coming in at number 23.  It had low scores for community and environment.

The five states that had the lowest ranking were Alabama, Kentucky, Arkansas, Louisiana, and West Virginia.  West Virginia was dead last in emotional and physical well-being and third-worst for work environment.

Billionaire David Rubenstein says having a lot of money does not guarantee happiness. "Some of the most tortured souls I know are very wealthy people," he says.

How important is money to people’s happiness?

"Money is important in as much as it helps us achieve basic needs or other things that would bring happiness. So having money does not make people happy, but spending money in strategic ways can make people happy. People tend to be happier when they spend money on others (altruistic spending), or on time-savers, such that people have more leisure time to spend on fun or meaningful activities. Research shows that excess wealth does not correlate strongly with happiness, but it is definitely better to be very rich than very poor," Dylan Faulkner Selterman, Ph.D. – Associate Teaching Professor, Johns Hopkins University said.