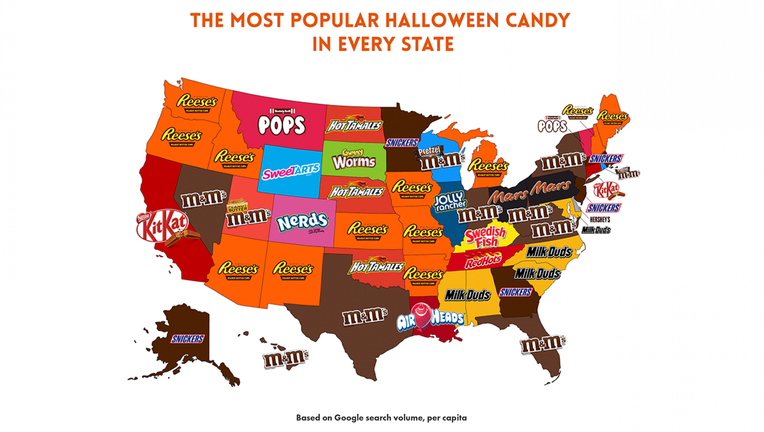 According to the map, Reese’s Peanut Butter Cups were the most popular candy in 12 states. ( Bid on Equipment )

(FOX NEWS) -- Is your state a “gimme a Break” or a “melts in your mouth, not in your hand” kind of state? Or maybe “there’s no wrong way to eat a Reese’s” is more accurate?

A map has been released showing each state’s favorite Halloween candy – and it seems that chocolate is the runaway favorite across the nation, especially when you add peanut butter.

According to the map, which was created by Bid on Equipment based on Google search volume, Reese’s Peanut Butter Cups were the most popular candy in 12 states. Chocolate M&M’s was the next most popular candy with eight states and Milk Duds and Snickers tied with five states each.

Chocolate was also a clear winner as only ten states preferred candies that were not chocolate bars, with Hot Tamales being the most popular in three states. AirHeads, Nerds, Red Hots, SweetTarts, Swedish Fish, Jolly Rancher and Gummy Worms each took one state.

However, if the map does not quite match your own tastes, it might be where you live within the state. 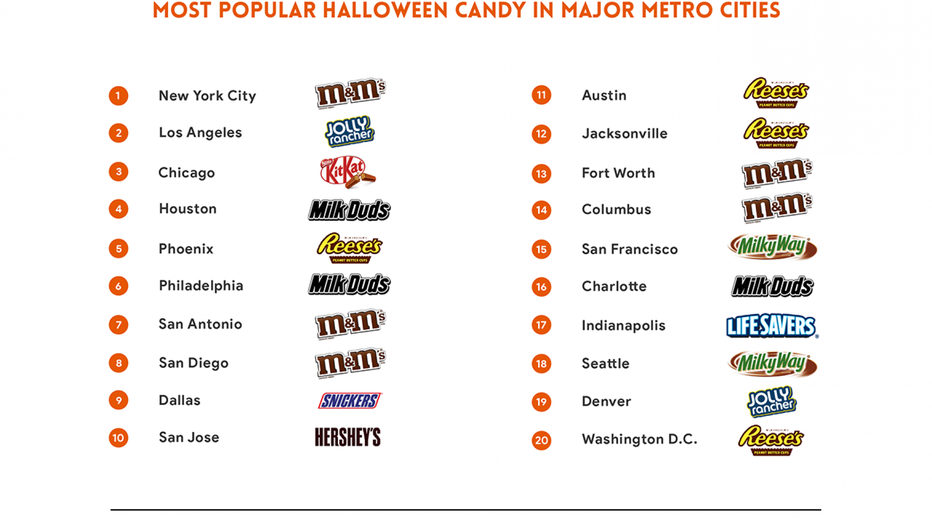 According to the data, major metropolitan areas seemed to veer from the state’s overall feeling.

Overall, however, it was plain chocolate M&M’s that appeared to be the favorite of major metros as well as states across the nation.