More than two dozen shootings have been reported in the city in recent days. The NYPD says gun violence is up 60% so far this year compared to the same period in 2019. Many residents are fed up.

NEW YORK - Gun violence continued to soar in New York City with a rash of shootings since the weekend, including more than a dozen on Monday and several more on Tuesday.

Police officers responded to a call at a residence on Deerfield Road in Far Rockaway, Queens, on Tuesday afternoon and found a 15-year-old boy and a 34-year-old man fatally shot, the NYPD said.

Detectives are investigating but hadn't made any arrests as of Tuesday evening.

Earlier Tuesday evening, police responded to a shooting in the Bed-Stuy section of Brooklyn and another one on the Upper West Side of Manhattan, the NYPD said.

The spike in gun violence in New York City has alarmed residents, police, and elected officials. The NYPD said that at least 18 people were shot in several incidents on Monday.

On Monday, at least 18 people were shot, including five in three separate drive-bys only 15 minutes apart in Brooklyn, police said. The drive-bys are all linked to the same vehicle, Chief of Detectives Rodney Harrison said.

All five victims, who appear to have been intended targets, are expected to survive, Harrison said Monday night at the scene of the third shooting. He asked the public for help in finding the white four-door sedan believed to be involved.

The gunfire began at 6:19 p.m. when officers went to a call for a woman shot four times in the chest. The 23-year-old was taken to the hospital by a private vehicle. 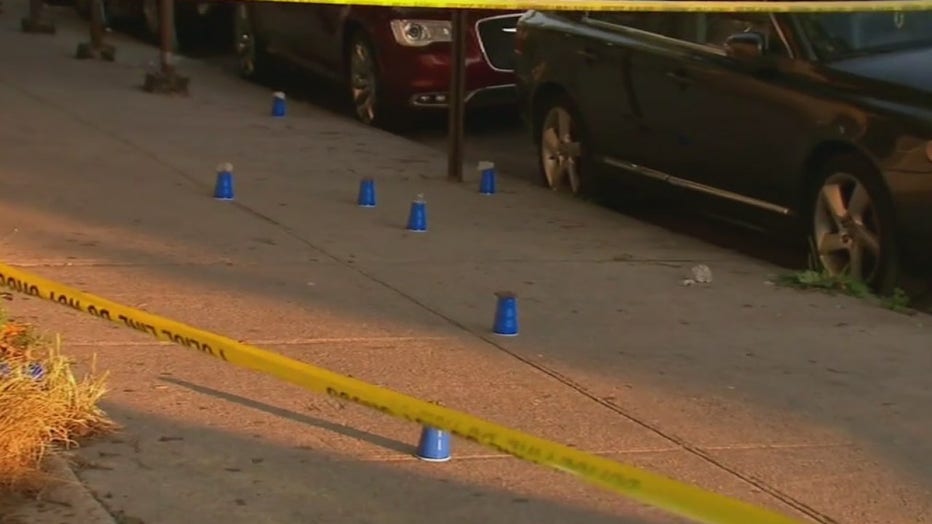 At 6:31 p.m., officers went to another shooting call and found three victims, all 19-year-old men. One was struck in the elbow, another in the leg and the third in the back. First responders took them to the hospital.

Two minutes later, a fifth victim was found shot in the back. He was also a 19-year-old man and was taken to the hospital.

Over in the Bronx, the NYPD wants to find the man riding a scooter who opened fire striking another man in the Soundview section. The shooting took place on July 11 at about 8:50 p.m. in front of 1425 Noble Avenue. The gunman shot a 37-year-old man in the arm before fleeing, according to cops. The victim was taken to Jacobi Hospital in stable condition.

18 shootings in one day across NYC

At least 18&nbsp;people were shot including five in three separate drive-bys only 15 minutes apart in Brooklyn.