Some countries allowing Americans to visit this summer

As the rate of COVID-19 vaccinations spreads across the globe, some countries have begun opening their borders to international travelers.

CHARLOTTE, N.C. - A group of "disruptive" plane passengers who refused to wear a mask on a flight from North Carolina to the Bahamas ultimately led to it being delayed nearly 24 hours.

American Airlines flight 893 was originally scheduled to depart around 9:30 a.m. ET Monday from Charlotte to Nassau, Bahamas. A mechanical issue first caused a delay with passengers having to switch planes, WSOC-TV reported.

The flight was then further delayed after the unruly group, described in the local news report as more than 30 high school students, refused to wear masks, which is currently required by federal law on planes due to the coronavirus pandemic.

American Airlines said the group was reminded of the face-covering policy several times by crew members.

The airline said in a statement that the passengers were "reported to be noncompliant with the federal mask mandate, became disruptive to other customers and refused to follow crew member instructions while onboard. Per procedure, the customers involved were asked to exit the aircraft."

"We expect our customers to comply with our policies when they choose to fly with us, and we take action when that is not the case," the statement added. 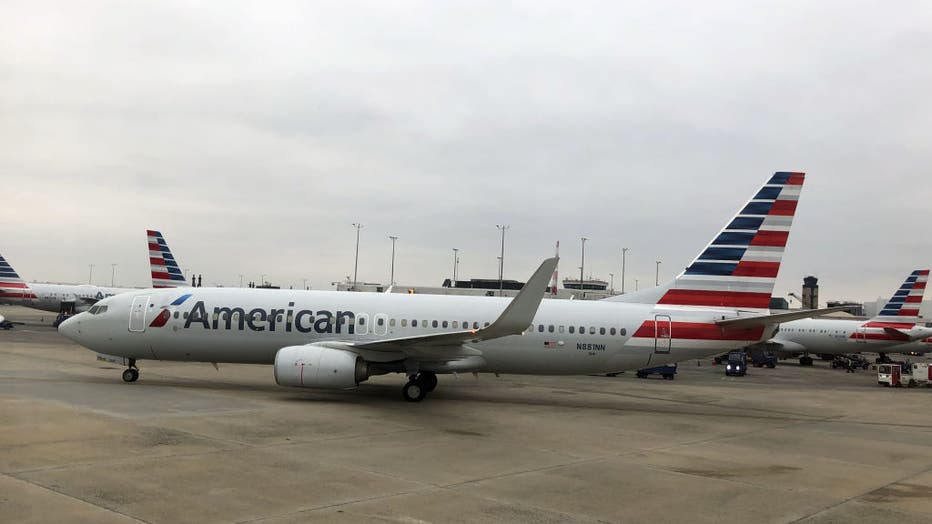 Fellow passengers told WSOC-TV that the group was yelling, cursing and "being very obnoxious."

American Airlines said the flight was delayed overnight and eventually departed shortly after 9 a.m. ET on Tuesday, nearly a day after it was originally scheduled. All customers were given hotel vouchers, the airline said.

But the delayed flight meant one less day of vacation for some travelers.

"I’m a nurse, and it’s really, really hard to get time off work. So when you finally get time off, you really want to be somewhere you want to be," passenger Christina Randolph told WSOC.

The delayed flight came on the heels of the Fourth of July weekend, projected to be one of the busiest travel times of the year and closer to pre-pandemic levels.

The group of passengers ultimately agreed to wear masks and were allowed to continue to Nassau, the airline said.

The Federal Aviation Administration said it was aware of the incident and investigates all reports it receives from airlines.