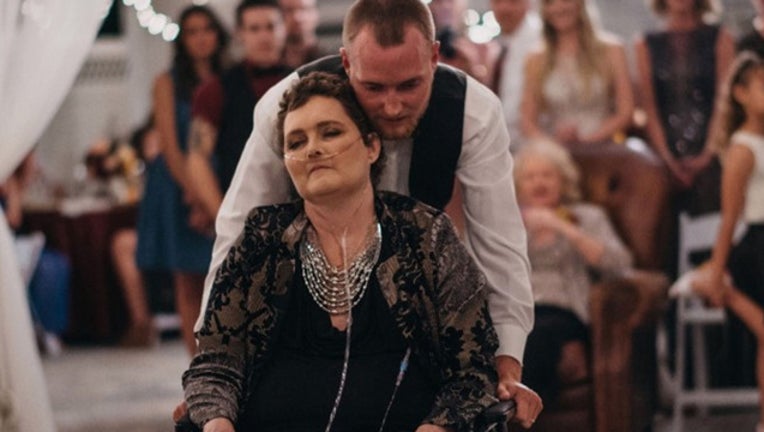 INSIDE EDITION - Dot Crosby was diagnosed with stage 3 breast cancer in August 2014 and now receives hospice care at home.

Her son, Tyler, and his now-wife, Amanda, were supposed to get married around this time next year but moved up the wedding so that Dot could be a part of it.

The mother-of-the-groom arrived at the wedding by ambulance and was given a large leather chair to sit in during the ceremony.

"She was beyond ecstatic," Tory Crosby told ABC News. "She's not really supposed to stand, let alone get up out of her seat, but the second Amanda was walking down the aisle, she just couldn't help herself. She jumped right up and was elated beyond belief."

At the wedding reception Dot and Tyler brought everybody to tears as they shared a dance.

Dot told Bay News 9 that knowing the wedding was in sight made her fight to stay alive.  “I keep trying to have goals because the longer there’s a goal out there, I’ve got to get to it. It’s helped me get to my next step,” she said.

The family is keeping Dot’s legacy alive by small dot tattoos on their hands.