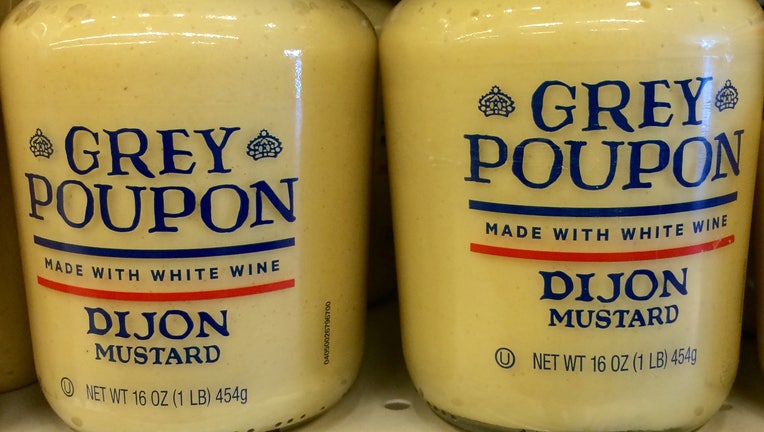 Pardon me, would you have any Grey Poupon — ice cream? If you’re shopping at Walmart, the answer may be, "But of course."

Van Leeuwen Ice Cream has released five new ice cream flavors sold exclusively at Walmart, including the dijon mustard best known for its commercials. The original, "Pardon me, would you have any Grey Poupon?" commercial aired in 1981, but different versions of the commercial aired through 1997, making the brand a pop culture favorite.

You can find Grey Poupon ice cream in 3,500 Walmart stores in every state in the U.S. for the next 10 weeks, the company said in a news release.

Van Leeuwen isn’t the only company mixing up salty, savory and sweet promotions for the summer.

Last week, Ritz Crackers and Oreo cookies announced the launch of a limited time snack called "Ritz x Oreo." One side is a cracker and the other side is an Oreo cookie, with a layer of peanut butter-flavored creme and another layer of cookie creme.

There were only 1,000 packs available, and they've already sold out online.

In other food oddity news, Tropicana announced the launch of a cereal brand made to pair "perfectly" with their line of orange juices.