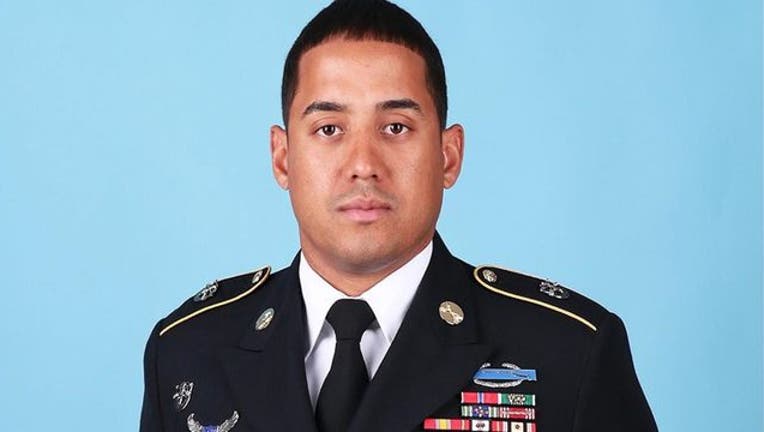 WASHINGTON (AP) - The U.S. Army's Special Operations Command on Thursday released the names of the two Green Berets who were killed a day earlier during combat operations in Afghanistan.

Master Sgt. Luis F. Deleon-Figueroa, 31, and Master Sgt. Jose J. Gonzalez, 35, died as a result of small arms fire in northern Faryab Province. Both were members of 7th Special Forces Group, which is based at Eglin Air Force Base in Florida.

"It was an honor having them serve within the ranks," said Col. John W. Sannes, commander of 7th Group. "They were a part of our Family, and will not be forgotten."

The deaths came as U.S. envoy Zalmay Khalilzad resumed negotiations with the Taliban aimed at ending America's longest war. There have been eight previous rounds of negotiations over the past year, and key issues include the withdrawal of American troops, a cease-fire, intra-Afghan talks, and Taliban guarantees that Afghanistan will not once again become a launch pad for global terror attacks.

There are still about 14,000 U.S. troops in Afghanistan, and persistent attacks by both the Taliban and the Islamic State group affiliate continue to plague the country. The U.S. and NATO ended combat operations in Afghanistan in 2014, but troops remain to train and advise Afghan forces and to conduct counterterror operations against insurgents.

Deleon-Figueroa was from Chicopee, Massachusetts, and served in the Army for more than 13 years. He became a Green Beret in 2014, and deployed twice to Afghanistan and twice to South America. Previously, he had done tours in Iraq and Afghanistan as an infantry soldier.

He was posthumously promoted to master sergeant, and he received a Purple Heart and a Bronze Star.

Gonzalez, a native of La Puente, California, also joined 7th Group in 2014. He was also posthumously promoted to Master Sergeant. His family requested that no photo or additional information be released.