GRAND RAPIDS, Mich. (FOX 2) - The Grand Rapids police officer charged with second-degree murder in the death of Patrick Lyoya has pleaded not guilty.

Christopher Schurr, who was arraigned Friday afternoon in a Grand Rapids courtroom had a bond set at $100,000 cash surety. While Schurr's defense attorneys and court services both advocates for a $10,000/10% bond, the judge said the severity of the charge informed his decision.

Schurr turned himself into police Thursday after the Kent County prosecutor announced he'd be charging the officer with second-degree murder after he shot Lyoya in the head, killing him instantly.

His next court appearance is scheduled for June 21 for a probable cause conference.

A preliminary exam, if needed, is scheduled for June 28.

Shortly after Prosecutor Chris Becker announced his decision, Lyoya's family held a press conference alongside their attorney. A county commissioner who also spoke said "It really just shows that without video, without bodycam, how many Black lives have been lost in the past?"

Christopher Schurr's attorney argued the shooting was in self-defense and argued for a lesser bond. Schurr has entered a plea of not guilty.

While footage from the shooting was collected from the bodycam, from the squad car, and from a neighbor's home, it was a bystander's video caught on cell phone that revealed the moments when Schurr upholstered his gun and shot Lyoya.

The charging decision came months after the shooting. Becker told media Thursday that he received the report the May 31 and had told both police of his decision on June 10.

Lyoya's family were alongside Attorney Ven Johnson during the announcement. 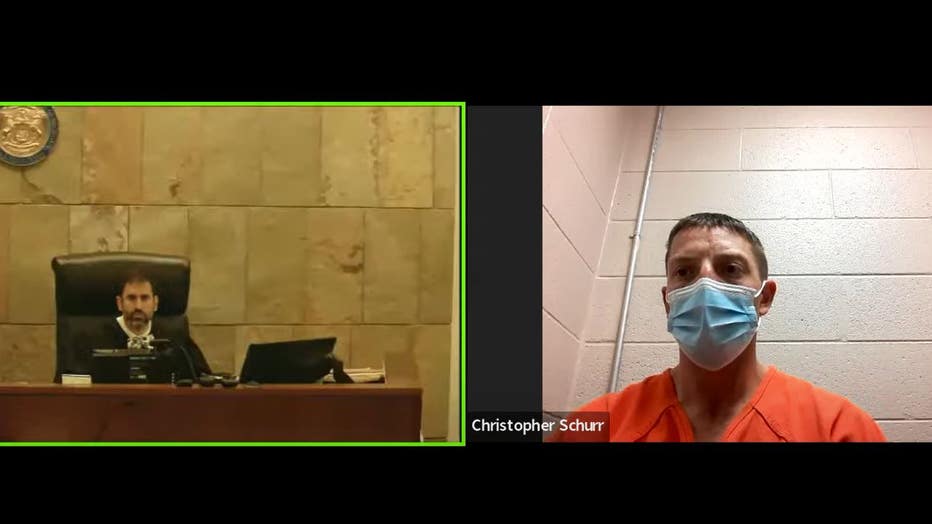 "My heart was really broken the last two months," Peter Lyoya, Patrick's father, said through a translator. "Because a lot ot things were said, I was not quite sure with the truth in my hand. And I was thinking maybe there is no justice in America. And to go according to what the prosecutor just said, to charge the police officer who killed Patrick, Patrick is not coming back. We are not going to see him again. And to show at this point the police officer will be charged and is charged, that really brings consolation to our family."

Who was Patrick Lyoya? Everything we know about the man shot and killed by a Grand Rapids police officer

Among the charges that Schurr won't be arraigned on is felony firearm. Becker said that due to a 1991 Michigan Supreme Court case, police officers cannot be charged with the crime.

Christopher Shurr, the Grand Rapids police officer who was charged with 2nd degree murder in the death of Patrick Lyoya is expected to be arraigned in west Michigan court Friday.