ALBANY, N.Y. (AP) — The Army Corps of Engineers should be mobilized to help fight the coronavirus by equipping facilities like military bases or college dormitories to serve as temporary medical centers, Gov. Andrew Cuomo said Sunday.

In an opinion piece published Sunday in The New York Times, the Democrat called on President Donald Trump to authorize states to expand testing capabilities, set federal standards for shutting down commerce and schools, and mobilize the military to bolster medical treatment capabilities.

Cuomo said Saturday that more than 600 New Yorkers have been diagnosed with COVID-19, the disease caused by the virus. Two people, ages 82 and 65, have died. Cuomo said he believes thousands of New Yorkers, possibly tens of thousands, already have the disease. 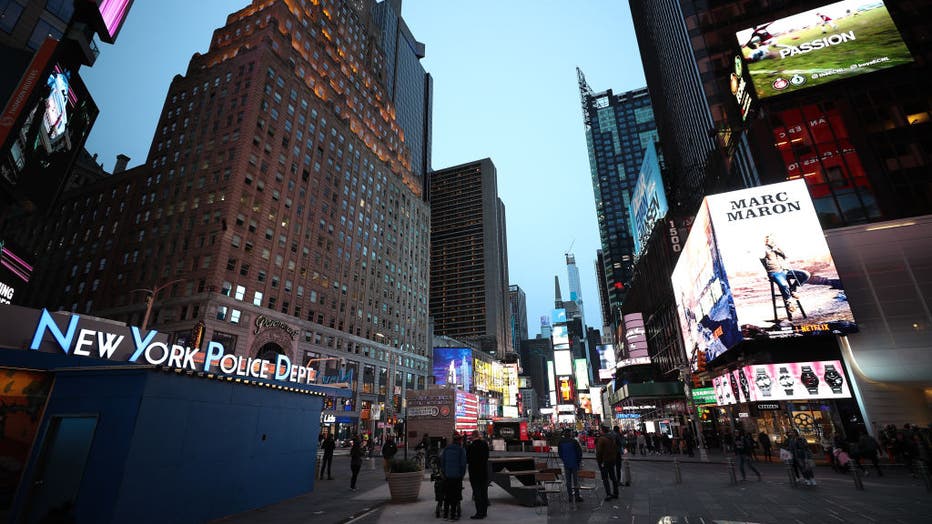 The virus causes only mild or moderate symptoms such as fever and cough for most people. For some, especially older adults and people with existing health problems, it can cause more severe illness, including pneumonia. The vast majority of people recover.

The New York City Council announced Sunday that it's suspending all hearings and meetings, but Mayor Bill de Blasio said he's still reluctant to shut down schools as other major U.S. cities have despite pressure from teachers to do so.

“My blunt fear is if the schools shut down, they will be done for the year, done for the school year, maybe even for calendar year,” de Blasio said on CNN. He said first responders and health care workers depend on schools so they can work. Schools provide meals for many children, as well as adult supervision “especially for teenagers who otherwise would be out on the street," he said.

De Blasio said contingency plans were being developed in case schools do need to shut down, but “they are far from perfect.”

Both lawmakers have been absent from Albany since the beginning of the month, but all legislators and staff who came into contact with them will be tested, Cuomo and Assembly Speaker Carl Heastie said in a statement Saturday.

The Capitol is being cleaned and has been closed to visitors, they said.

Across the Hudson River from New York City, the mayor of Hoboken, New Jersey, imposed a curfew that will require residents to be in their homes between 10 p.m. and 5 a.m., starting Monday, and said restaurants and bars would have to stop serving food, except takeout or delivery.

Mayor Ravi Bhalla said a person injured in a bar fight Saturday night had to wait more than 30 minutes for an ambulance because the emergency medical service was overwhelmed with service calls.

Asked on CNN whether a lockdown was under consideration in New York City, de Blasio said, “Every option is on the table in a crisis.”

The AP receives support for health and science coverage from the Howard Hughes Medical Institute’s Department of Science Education. The AP is solely responsible for all content. Follow AP coverage of the virus outbreak at https://apnews.com/VirusOutbreak and https://apnews.com/UnderstandingtheOutbreak.