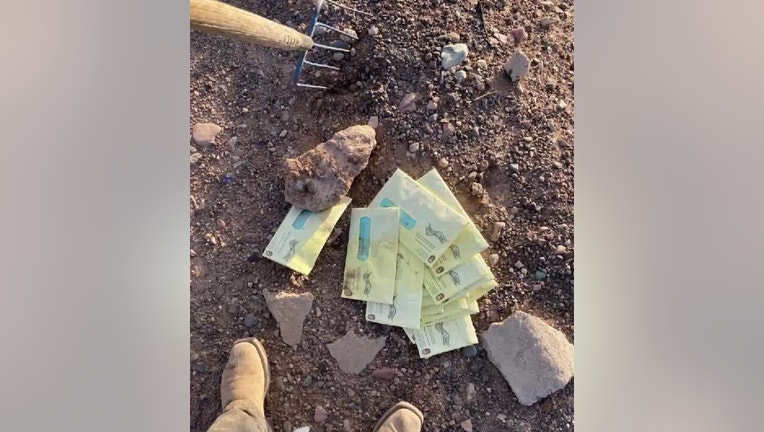 GLENDALE, Ariz. - Officials with the Glendale Police Department say that a worker at a farm found a number of stolen ballots in late October.

According to a statement released by police officials on their Facebook page on Nov. 3, 18 early election ballots were found underneath some concrete and rocks at a farm near 99th Avenue and Glendale by a man named Brayan Ruiz.

"He did the right thing by returning the ballots trying to ensure everyone who wanted to vote early still could vote," read a portion of the post.

The ballots, according to police, were handed over to the intended recipients on Halloween by a Glendale Police officer, as well as two Attorney General's Special Agents.

"Each resident said they were aware their early election ballots had not arrived. Some went in person to vote early, and others had not voted yet. We were able to distribute them in time, to provide voters the opportunity to at least fill them out at home and then drop them off to a polling location," read a portion of the post.

"According to investigators, the ballots were stolen from individual mailboxes in a neighborhood just south of 107th and Northern avenues (in between Vista Avenue and Kaler Drive). The envelopes were still sealed," read a portion of a statement released by officials with the Arizona Attorney General's Office.