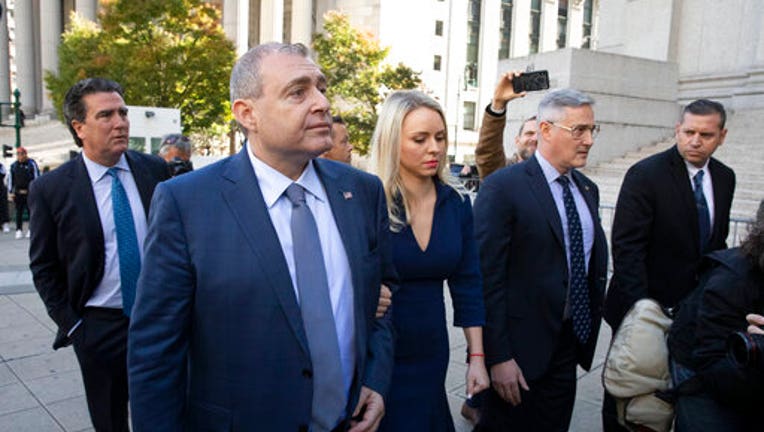 Lev Parnas, second left, arrives for his arraignment, Wednesday, Oct. 23, 2019 in New York. He and Igor Fruman are charged with conspiracy to make illegal contributions to political committees supporting President Donald Trump and other Republicans.

NEW YORK - A prosecutor says an upgraded indictment is likely in the criminal case against two Rudy Giuliani associates with ties to Ukraine.

Assistant U.S. Attorney Douglas Zolkind made the prediction during a pretrial hearing Monday in the case against Lev Parnas and Igor Fruman.

The men are charged with using foreign money to make illegal campaign contributions. Prosecutors say the donations were made while the men were lobbying U.S. politicians to oust the U.S. ambassador to Ukraine.

The arrest of the men has brought new scrutiny to Giuliani, a former New York City mayor who is President Donald Trump's personal lawyer.

Giuliani has tried to get Ukrainian officials to investigate the son of Trump's potential Democratic challenger, Joe Biden.

Giuliani has said he knew nothing about illegal campaign donations.