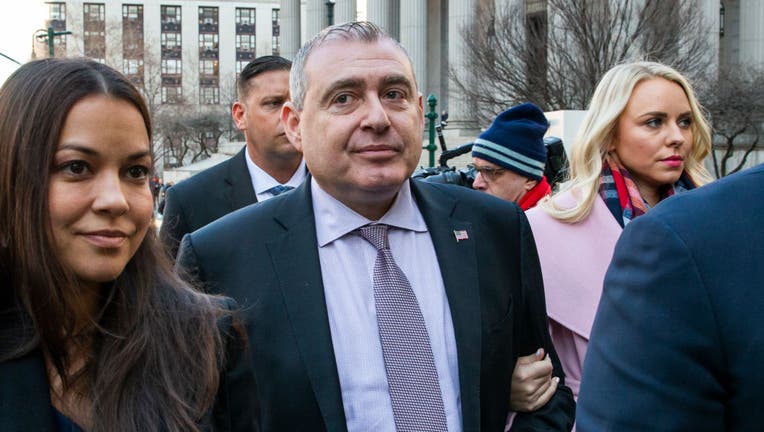 Lev Parnas and his business partner, David Correia, were charged with defrauding investors in a business called Fraud Guarantee. A superseding indictment also charged them with additional campaign finance violations.

Prosecutors said the company “purported to insure investors against corporate fraud while in fact, as alleged, they misled investors as to what would be done with their money.”

The indictment said the men misled investors about the strength of the company and their business model and in some cases used the invested money for personal expenses.

Parnas defense attorney Joseph Bondy said that the new indictment “contains no surprises" and that his client has been on “strict home confinement for nearly one year.”

“We are pleased that the matter can now move forward,” Bondy said, "for both Mr. Parnas and the public interest.”

Both men had previously faced charges of using foreign money to make illegal campaign contributions to U.S. politicians to aid their political and business interests.

Parnas and Correia had been charged along with two other men, Igor Fruman and Andrew Kukushkin, a Ukrainian-born U.S. citizen, in a scheme to make illegal campaign donations to local and federal politicians in New York, Nevada and other states to try to win support for a new recreational marijuana business.

Parnas and Fruman also made sizable contributions while trying to get Americans interested in investigating Biden's son in Ukraine. Giuliani, a Republican, has said he knew nothing about the donations.

Trump’s efforts to press Ukraine for an investigation of the Bidens led the House to impeach Trump, though he was acquitted by the Senate earlier this year.

Parnas and Fruman were arrested almost a year ago at an airport outside Washington carrying one-way tickets to Europe. They made hundreds of thousands of dollars in political donations to Republicans while facing lawsuits from disgruntled investors over unpaid debts.

Parnas and Correia also hired Giuliani to consult with Fraud Guarantee. Giuliani has said he was promised $500,000 to work with the company.

That money was ultimately paid to Giuliani's company by Charles Gucciardo, a Long Island lawyer and supporter of President Donald Trump. Gucciardo's attorney previously said that the $500,000 was intended to be an investment in Fraud Guarantee.

The indictment did not name the defrauded investors.