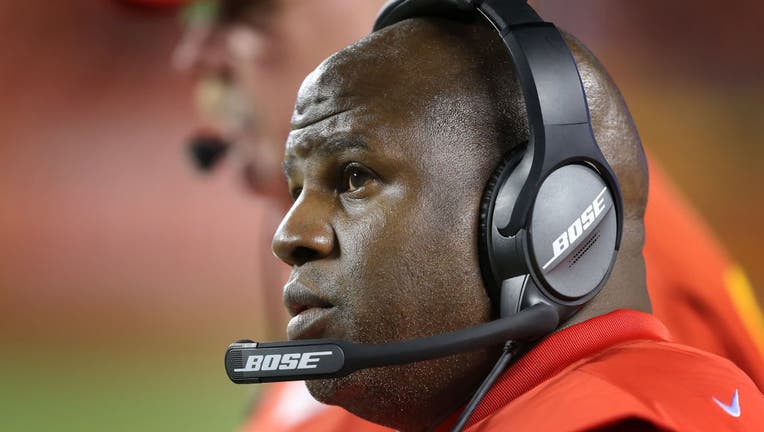 He is the third candidate the team has spoken with in the past three days.

Bieniemy has been on the Chiefs staff for seven years, the last two as coordinator of a high-scoring offense featuring Patrick Mahomes. This season, the Chiefs ranked fifth in the NFL in points per game (28.2) and sixth in yards per game (379.2).

Kansas City won the AFC West the past two seasons with 12-4 records.

A former NFL running back, Bieniemy was hired as the Chiefs running backs coach in Andy Reid’s first year in Kansas City. From 2013-15, he mentored Jamaal Charles, who became the leading rusher in franchise history with 7,260 yards. In 2017, Kareem Hunt rushed for 1,327 yards and scored 11 total touchdowns.

Bieniemy also has worked for the Minnesota Vikings. He had two stints at the University of Colorado and worked at UCLA. He started his coaching career at Thomas Jefferson High School in Colorado in 2000, one year after his final season as a player.