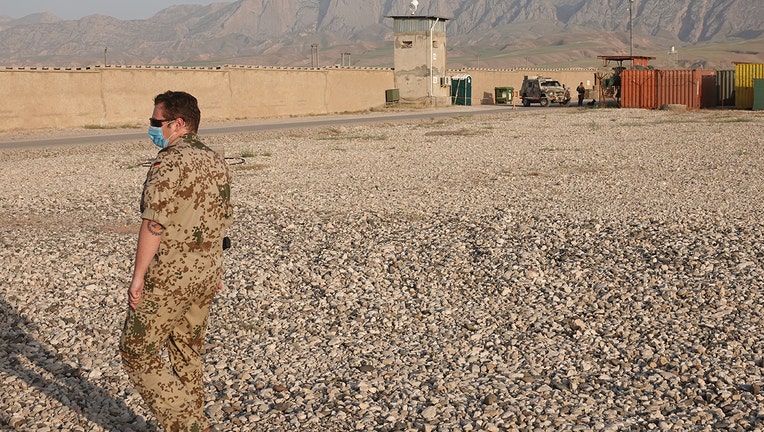 A soldier stands in front of an outer wall of Camp Marmal with a watchtower. (Photo by Michael Fischer/picture alliance via Getty Images)

BERLIN - The German military says it has found a solution for an unusual logistics problem its troops in Afghanistan face: a glut of beer.

Defense Ministry spokeswoman Christina Routsi said Monday that a recent decision by the German commander in Afghanistan to ban the consumption of alcohol for security reasons had resulted in a pileup of beer, wine, and mixed drinks at Camp Marmal in Mazar-e-Sharif.

German soldiers are usually entitled to two cans of beer — or equivalent — per day.

Routsi said the military had found a civilian contractor who will take the alcohol back out of the country ahead of the German troops' withdrawal from Afghanistan as the NATO mission in the country ends in the coming months.

The German army said the 22,600 liters (almost 6,000 gallons) of alcohol — including almost 60,000 cans of beer — couldn't be sold in Afghanistan due to local religious restrictions, or destroyed for environmental reasons.

Proceeds from the German contractor's sale of the beer elsewhere should cover the cost of transporting it out of the country, the army said.