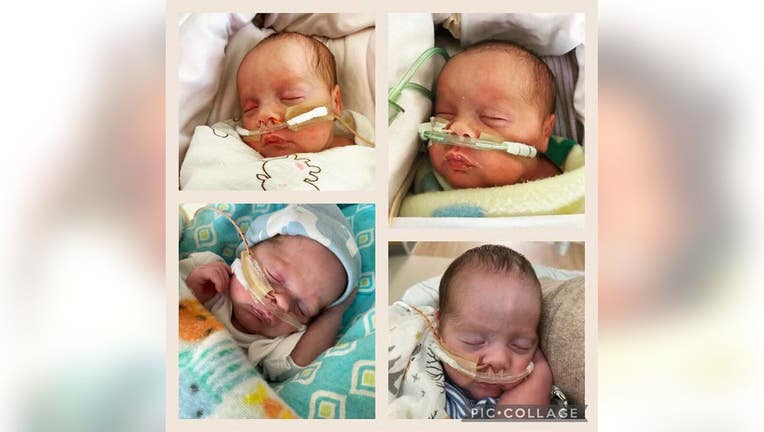 MARIETTA, Ga. - When Madison Collier got pregnant earlier this year, she thought she was expecting just one baby.

Instead, at her eight-week appointment in April, Collier, 33, from Marietta, Georgia, learned she was pregnant with quadruplets.

"I don’t think I’ll ever fully get over the shock," Collier, who's also mom to 4-year-old Isla told Fox News.

Collier said she wasn’t on fertility treatments and she doesn’t have a history of multiples in her family, so when the ultrasound technician told her she was going to have four babies, it was quite a surprise.

According to Jackson Health System, the chances of naturally conceiving quadruplets is one in 700,000, while a majority of quadruplets are conceived with the help of medical technology. 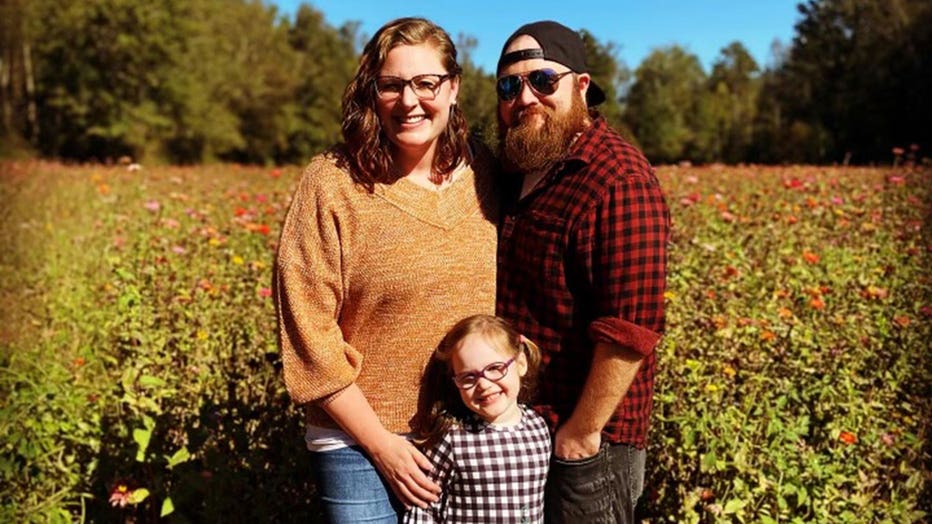 Madison and Justin Collier are pictured with their 4-year-old daughter Isla. (Courtesy of Madison Collier)

Collier told Fox News that she and her husband Justin, 34, had planned to have only two kids, but that changed when she went to her doctor's appointment.

At first, Collier said, the technician was quiet, so Collier asked if the baby was alright.

"I started kind of panicking," Collier said. Then, she said, she told the technician it wasn’t a funny joke.

"He was like, ‘I’m not joking.’ And he counted them on the screen for me," Collier added. "And there they were."

Collier said she was unprepared to welcome four new babies. "We don’t have a big enough car, a big enough house," she said.

Collier said her husband Justin had to lay down on the floor when he heard the news about the quadruplets because he was feeling faint.

As for big sister Isla, her response was: "Well… that gives me lots of kids to play with."

Collier gave birth to the quadruplets on Sept. 3, three months before her original due date, she said.

The two boys, Calloway and Wilder, and two girls, Iris and Eliza, are still at the hospital where they’ll be until November. Collier said her newborns are doing well.

"They’re very, very sweet. They get lots of love," she said.

"It’s definitely going to be a wild ride. I think when they come home, it’s going to take an adjustment, but we’ll get it," Collier added.

As the Colliers continue to wait for their four new bundles of joy to come home, Collier said she’s most excited for Isla to meet her new siblings.

Get more updates to this story on FoxNews.com