Gas prices have jumped across the nation as oil prices reach a 7-year high.

NEW YORK - Gas prices are on the rise and they have hit nearly $5 for regular and are now about $5.40 a gallon for supreme in Manhattan.

A Mobil station on 11th Ave. on the West Side had the eye-popping prices on Monday evening.

Gas prices have jumped across the nation as oil prices reach a 7-year high.

The average price of gas across the country is about $3.25 per gallon, according to GasBuddy, and $3.31, according to the Lundberg Survey. 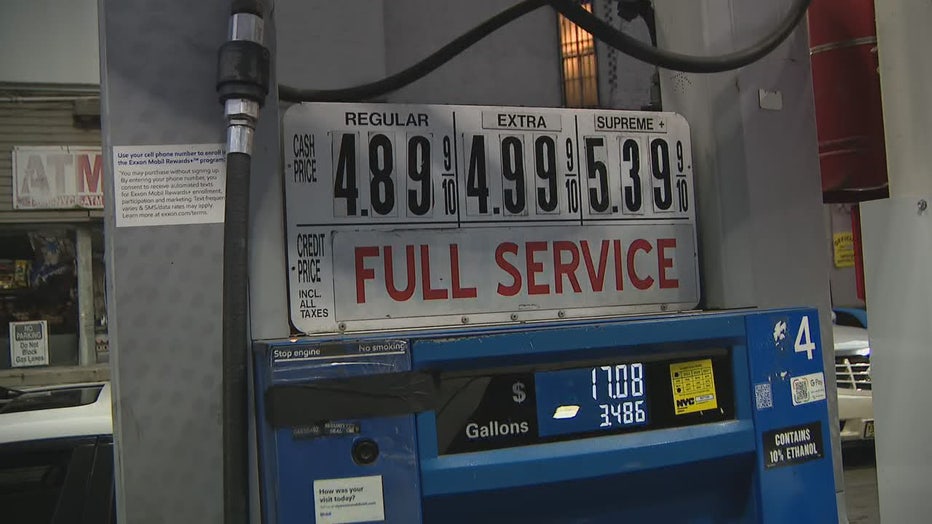 Average prices are up more than $1 from a year ago, according to GasBuddy data compiled from more than 150,000 gas stations across the country.

Gas prices on the rise

The average cost of gas is increasing again in New York.

According to the Lundberg Survey, the highest average price for regular-grade gas in the country is in the San Francisco Bay Area, at $4.55 per gallon. The lowest average is in Houston, at $2.77 per gallon.

According to the survey, the average price of diesel jumped 11 cents to $3.45 a gallon.