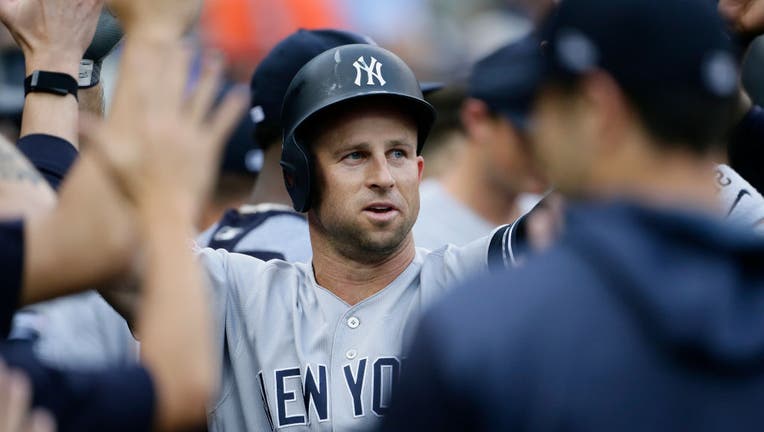 DETROIT, MI - SEPTEMBER 10: Brett Gardner #11 of the New York Yankees is congratulated after hitting a solo home run against the Detroit Tigers at Comerica Park on September 10, 2019 in Detroit, Michigan. (Photo by Duane Burleson/Getty Images)

New York agreed to the deal Dec. 13 during the winter meetings, and the 36-year-old took a physical on Tuesday.

Gardner gets a $2 million signing bonus and an $8 million salary for next season. The Yankees have a $10 million option for 2021 with a $2.5 million buyout.

Gardner earned $7.5 million last season plus a $2 million buyout after New York declined his $12.5 million option for 2019 under his previous contract. He hit .251 and set career highs with 28 homers and 74 RBIs, a rare left-handed bat in a Yankees lineup dominated by right-handed hitters.

Gardner is the senior member of the Yankees, having spent his entire 12-year big league career in the Bronx. He has a .260 average, 124 homers and 524 RBIs.

He is expected to see time in center field during the first half of the season while Aaron Hicks recovers from offseason Tommy John surgery, then shift back to left when Hicks returns.