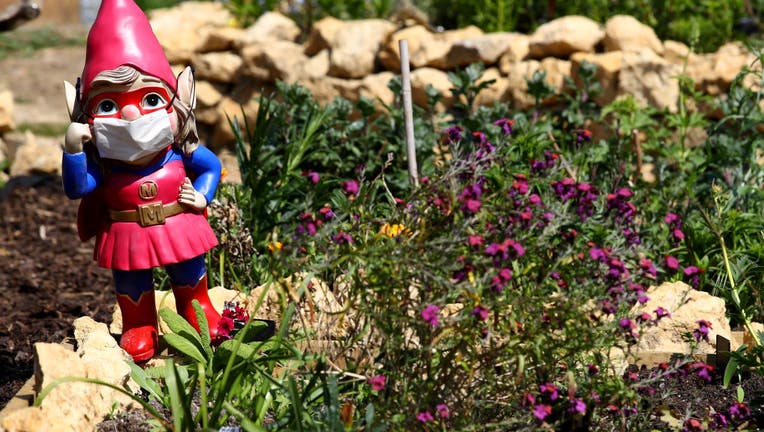 Gardens may have to go gnome-free this summer.

Over the past year, a combination of changing consumer needs and issues stemming from the pandemic has caused a variety of shortages. These supply issues have ranged from toilet paper to aluminum cans and even pepperoni.

Now, garden gnomes can be added to that list.

Due to the lockdowns, more people have taken up gardening, Southwest News Service reports. In the United Kingdom, this has reportedly led to a significant increase in the demand for garden gnomes.

Unfortunately, several factors, including the recent Suez Canal blockage, have made getting shipments of the popular garden accessories difficult to come by.

"While garden gnomes are not top of everyone's list, gardening has been very popular during the lockdown," explained Iain Wylie, chief executive of the Garden Center Association, "and correspondingly we've had difficult times where supply chains have been under pressure."

He continued, "With goods arriving from abroad, garden centers were affected by the ship getting stuck in the canal as much as any other industry. Garden furniture, ornaments, of which gnomes would be some, being stuck in containers trying to come over here."

Workers at garden centers described how busy they’ve been recently, comparing each day to a bank holiday, SWNS reports. According to one garden center worker, the businesses have been up 97% busier than they were before the pandemic struck.

While garden supplies, in general, are in higher demand, garden gnomes of all varieties (stone, plastic or concrete) are reportedly difficult to come by across all of Europe.

According to the news outlet, one garden center says that it hasn’t even seen a garden gnome in stock for the past six months.