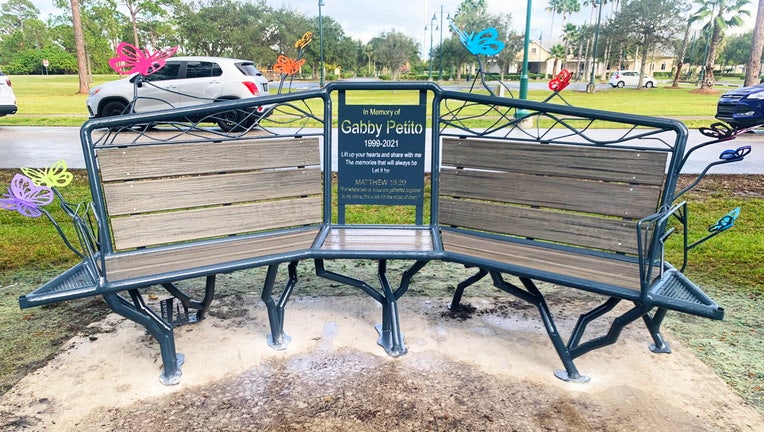 NORTH PORT, Fla. - A bench covered in colorful steel butterflies sits in the shade of trees in a North Port park. In the center, a plaque reads, "In Memory of Gabby Petito."

Aaron Betzner, owner of the metal fabrication company A Squared Fabrication in Indiana, created the bench and worked with the Petito family on the design to ensure the final piece of artwork was exactly what her parents wanted.

"Butterflies was the number one biggest, biggest thing," he said. 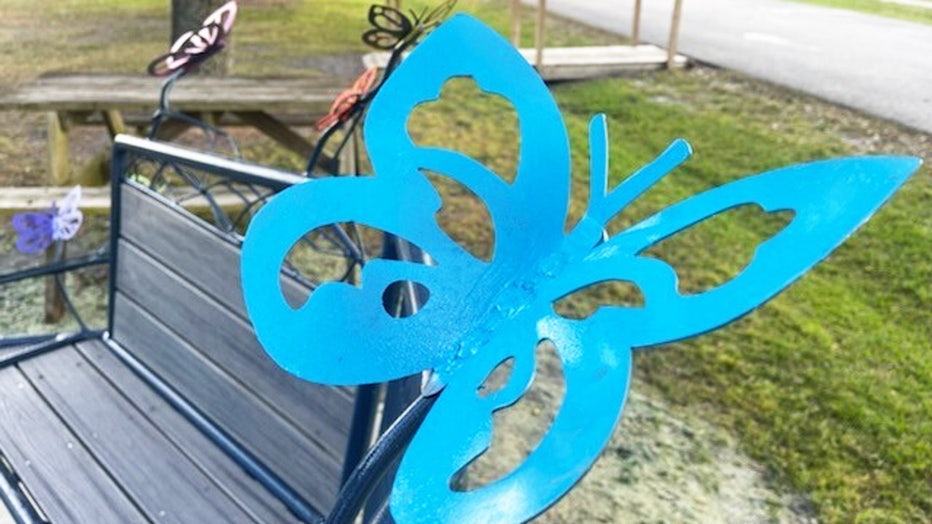 But Betzner said beyond butterflies, the family allowed him to add his own ideas to the piece.

Instead of the usual two-person bench, it seats three. Betzner said he wanted it to be a place "where people can come and sit, reflect on their own life, reflect on Gabby, kind of a little sanctuary space."

The bench is just steps away from where a makeshift memorial once stood for the 22-year-old. Supporters from across the country traveled to visit the memorial, and brought teddy bears, flowers, posters and mementos, which piled up outside of North Port City Hall. 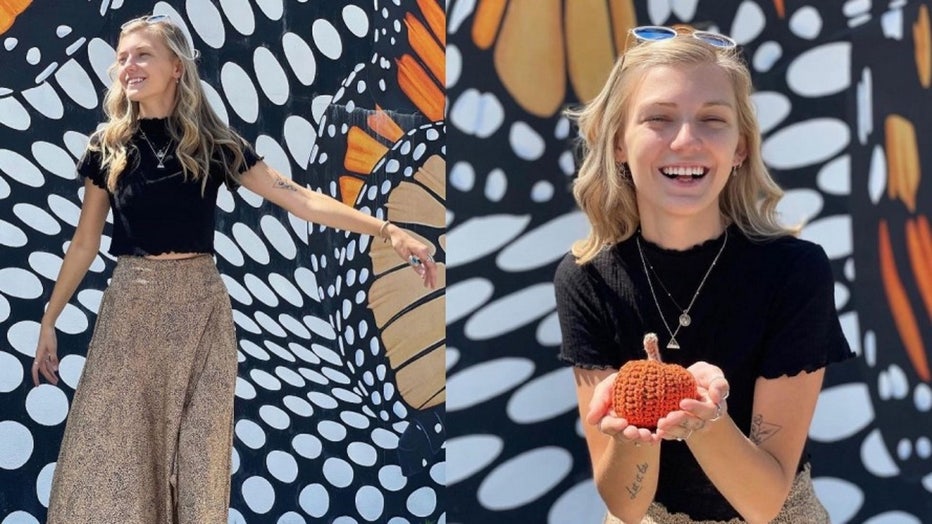 However, city officials took down the makeshift memorial last month after wind and rain had started to damage the items.

The Petito family's lawyer confirmed that Gabby's parents would be able to choose any items they may want to keep.

North Port Mayor Jill Luke said she watched as people from across Florida and the country stopped to visit a makeshift memorial for Gabby Petito.

Petito's disappearance while on a cross-country trip with her fiancé, Brian Laundrie, sparked a nationwide search. Laundrie returned to his parents' North Port home in the van without her on Sept. 1, though he would end up going missing as well.

Law enforcement across the country believe the attention Petito's case received helped with finding the remains of at least six additional missing individuals. 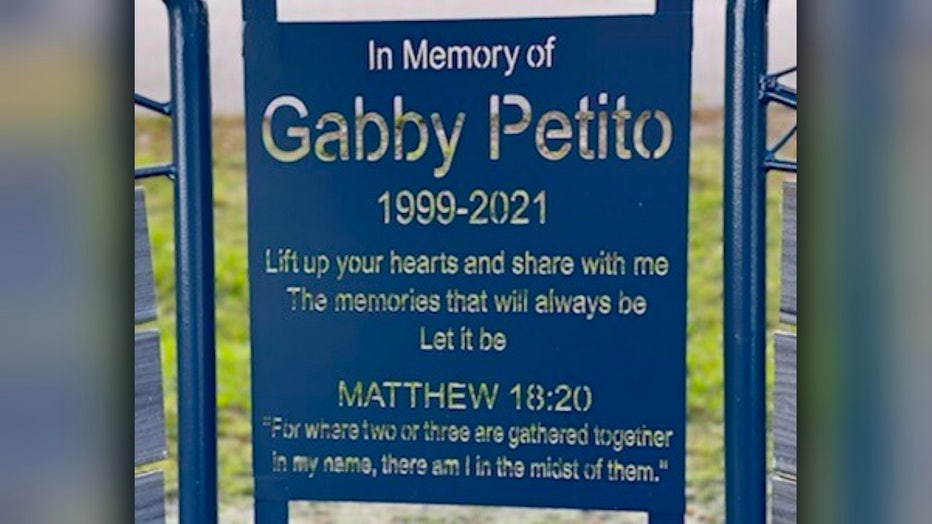 Just weeks after Petito's body was found, her parents started the Gabby Petito Foundation with the goal of giving guidance and resources to parents to help them locate their missing children.

"No one should have to find their child on their own," Joseph Petito said. "We are looking to help people in similar situations as Gabby."