Fundraiser for family of slain cop

A fundraiser has been created to help the family of Police Officer Anastasios Tsakos, who was killed in the line of duty.

NEW YORK - An online fundraising campaign has raised more than $64,000 for the family of a police officer who was killed on Tuesday by a hit-and-run driver.

NYPD Officer Anastasios Tsakos was directing traffic at a crash scene on the Long Island Expressway when he was hit and killed. 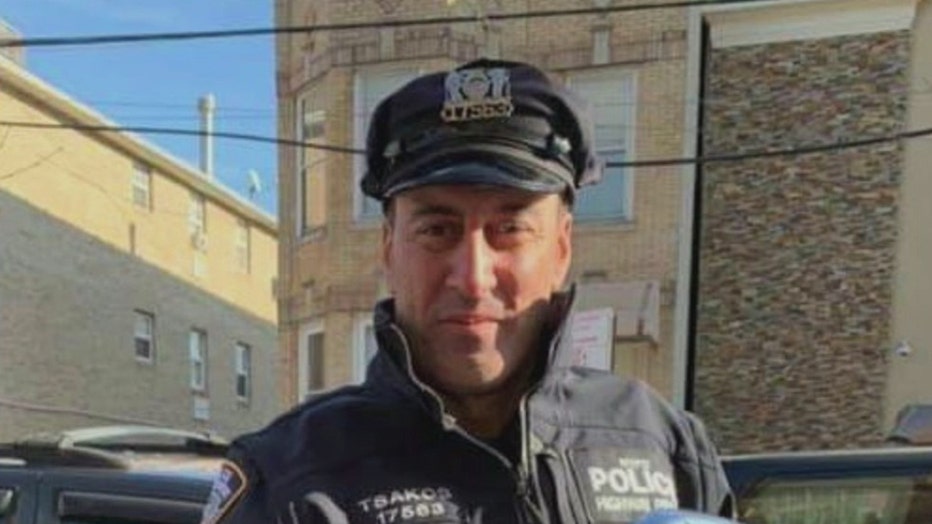 The family wrote on the GoFundMe page: "Words cannot describe the emptiness his family and dearest friends feel. He was the light in many lives ... We ask that everyone thinks before getting behind the wheel of a vehicle under the influence. Think about what effects it may have on someone’s family, friends, and colleagues."