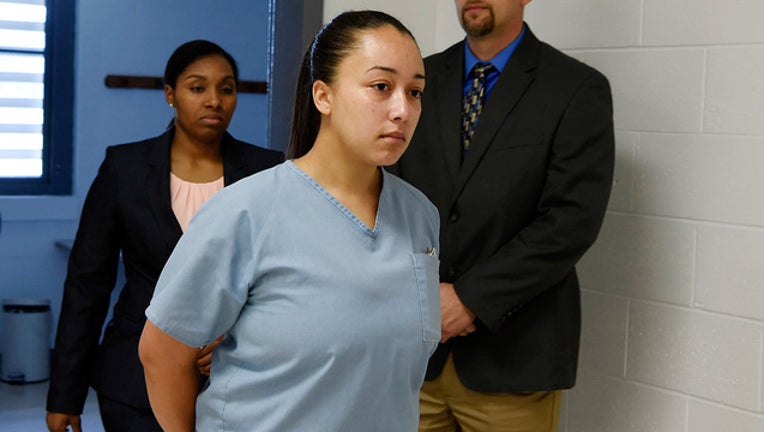 Cyntoia Brown, a woman serving a life sentence for killing a man when she was a 16-year-old prostitute, enters her clemency hearing Wednesday, May 23, 2018, at Tennessee Prison for Women in Nashville, Tenn. (Lacy Atkins /The Tennessean via AP, Pool)

NASHVILLE, Tenn. (AP) - Cyntoia Brown, an inmate who was recently released on clemency after being given a life sentence at the age of 16, has married recording artist J. Long, formerly of the band Pretty Ricky.

Wes Yoder, a representative for Brown-Long, the name she now goes by, confirmed Monday that they had married, but declined to provide more details, only saying that more would be revealed in the fall. Brown's book, "Free Cyntoia," is scheduled for release Oct. 15 through Atria Books.

Brown-Long was released on probation last week after getting clemency and her case drew the attention of celebrities like Kim Kardashian West and Rihanna, who lobbied on her behalf.

Brown-Long has said she was a sex trafficking victim at the time she killed a man in 2004.