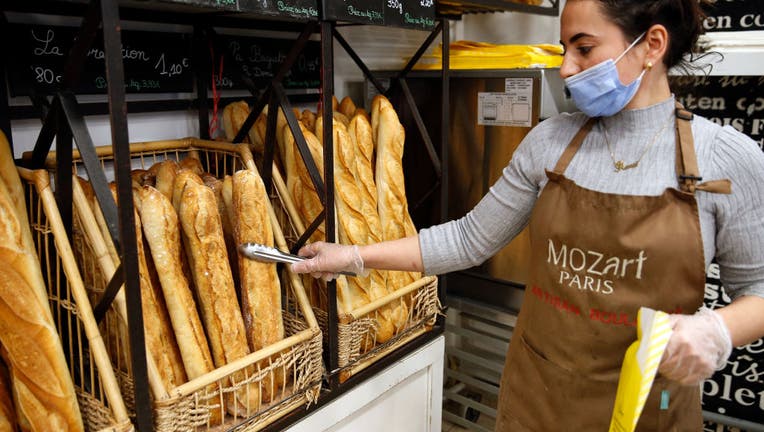 A baker holds a freshly baked baguette inside a bakery on October 26, 2021 in Paris, France. (Photo by Chesnot/Getty Images)

A poor harvest in Russia is prompting French bakers to raise the price of the prized baguette that is seen by many as a sort of barometer of the economic health of the country.

Bakeries across the country are putting up signs warning customers that prices could go up between three to five centimes, the equivalent of four to six U.S. cents.

While that may not seem like much of a hike, French experts say it is a huge increase, as baguette prices have only gone up 23 centimes over the last 20 years.

Currently, the price of a baguette in France averages around 89 centimes, or just over $1.