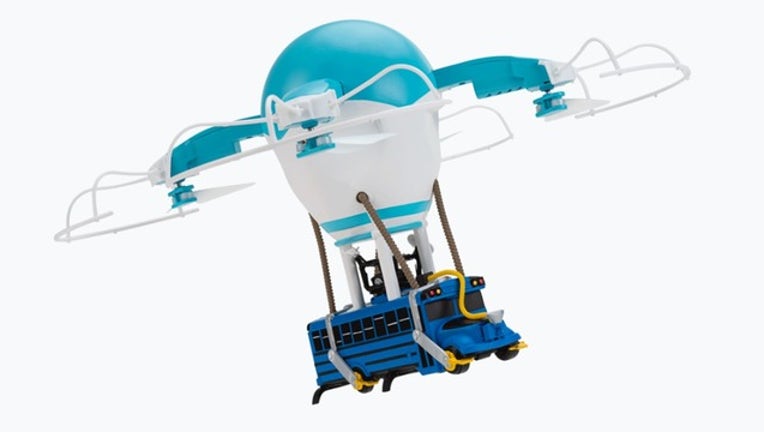 NEW YORK (FOX 5 NY) - A drone based on a bus in the popular video game Fortnite made its debut at the first Fortnite World Cup over the weekend.

The event in Queens featured the seven-inch Fortnite Battle Bus Drone with lights and sounds.

In the game, the blue school bus travels through the air with the help of a giant hot air balloon to drop off players in the game.

Shipping of the remote-controlled drone begins the week of Aug. 26. Fans can preorder the bus at Fortnite.com/RetailRow where it sells for $50. It will land at retailers in the fall.

A 16-year-old boy from Pennsylvania won $3 million for the solo championship at the Fortnite World Cup.