Former Rep. Steve Israel says his longtime dream was to open a small bookshop. That dream became a reality in November.

OYSTER BAY, N.Y. - In the five years since Steve Israel retired from Congress, he's had quite a few accomplishments. But what the Long Islander is most proud of is right in the heart of Oyster Bay — his brand-new store, Theodore's Books, which opened in November.

"My dream was to open up a small bookstore because I believe in bookstores and I believe a community is not a community unless it has a bookstore," Israel said. "People have said to me, 'Are you out of your mind? It's so hard to operate any small business, especially a bookstore, especially now.' I've always believed the biggest risks are worth taking."

The shop features all the genres you'd find in a typical bookstore but a big focus is on history and politics — Israel's two favorite topics. The Declaration of Independence and the Constitution for sale here pay homage to his 16 years in the House of Representatives.

But his love for Theodore Roosevelt, his hero — both in the political and literary worlds — really makes the store unique. An entire section is about the 26th president's life.

"I've read every single one of them so when someone comes in looking for a book on Roosevelt my job is to talk to them about the book, make recommendations and also see how they feel about those books," Israel said. "This is somebody who not only understood politics, he wrote and read voraciously, and I wanted to open a bookstore that reflected Theodore Roosevelt because Oyster Bay is where he lived, it's where he died, it's where he wrote."

Israel knows it's a huge risk to open a bookstore at a time when small businesses are struggling and when e-books continue to rise in popularity.

But loyal customers like Katya Witthuhn make it worth the risk.

"I just am so happy the bookstore opened, it's such a great addition to the community," Witthuhn said. "I think in the past few years one of the silver linings of COVID is that people have looked inwards to their communities to shop local and support the businesses in their community."

Israel said shopping locally, such as at a bookstore, helps keep communities alive.

"In an age where people are so angry at one another and cursing at one another on Twitter and social media, this is a refuge where you can just explore the world in 300, 400 pages," he said.

What makes the store so community-focused is the "local" section, which features many local authors, some published and some self-published. It's a way for Israel to show his love for New York, which has given him so much for so many decades. 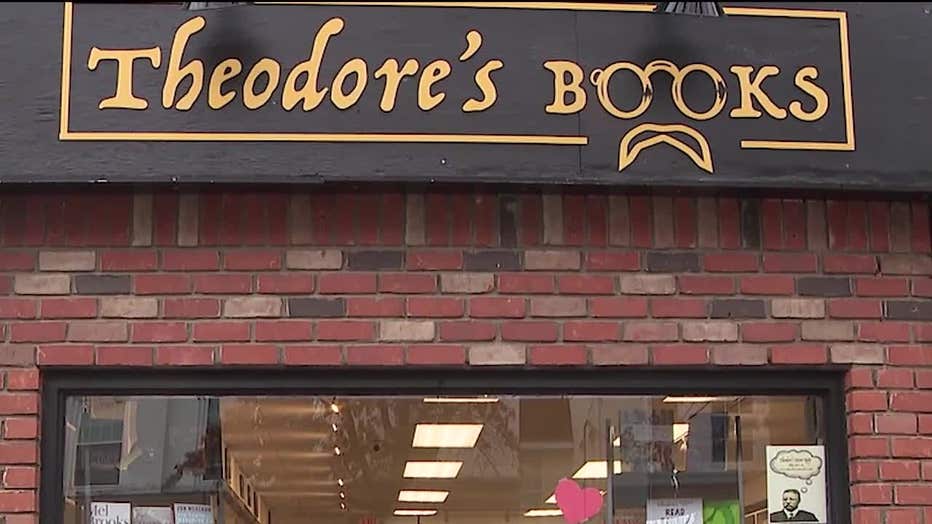