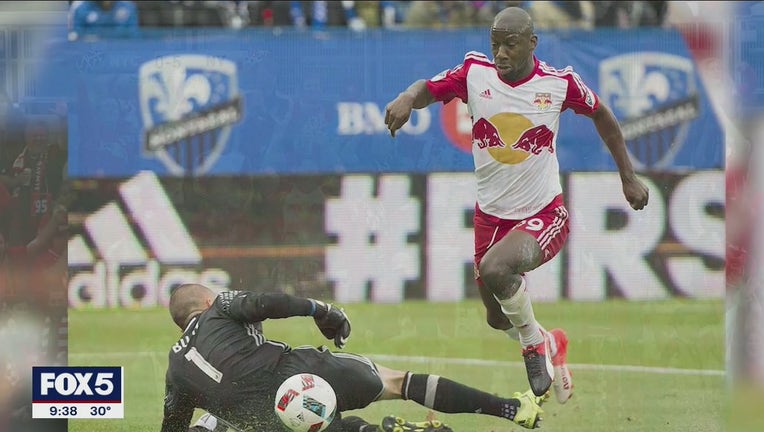 NEW YORK - From rooting for our local teams, to the World Cup, and even TV shows like ‘Welcome to Wrexham’ -- the popularity of "futbol" in the New York City area is soaring!

While talking at the Red Bulls training facility in New Jersey, he shared his insight on the World Cup, soccer in the tristate area, and the popularity of ‘Welcome to Wrexham’ - a show on FX, documenting American actors, Ryan Reynolds and Rob McElhenney buying a down-and-out soccer team in that small town in the U.K.

"I used to play against Wrexham in the academy. It was one of those games… like I said really small town…. It was one of those games you really don’t want to go to," Wright-Phillips says.  "It wasn’t the most desirable place, and I think now with this show – people will get to see the real Wrexham. They’re going to see what that club’s made of and how long they’ve been around… what kind of characters they have involved. And it’s crazy when you get to see behind the scenes and capture fans’ emotions and how players really are."

"I got here in 2013 and the difference from then to now is unbelievable," he says.  "I think then we had a little help. We had Thierry Henry on the team, so there were a lot of fans that would come just for that. But I’ve seen the core fan base – I know a lot of these fans – I see them I recognize them through the years. And I think when I first got here, you wouldn’t see jerseys on the streets. You wouldn’t see the locals wearing it… but now, anywhere I go, I see a Red Bulls jersey and people recognize me."

As the Red Bulls all-time leading scorer, Wright-Phillips looks back on his time in New York City.

"I have a lot of good memories playing in New York. I had a good time in England, but I think when I got to America – it was my best footballin’ time… the best football for me," Wright-Phillips says.  "The one that sticks out to me is playing New York City (NYCFC) one of their first seasons… we beat them 7-0. I don’t think that’ll ever leave me."

As for the World Cup, Wright-Phillips is excited to see its impact on the U.S.

"I think what we can expect in America is "football crazy!" and this is what we want. It’s going to help grow the sport again. And I think you’re going to get that next generation of people to love the game… attend a game… pick their local team in whatever state it is," he says. "So it’s exciting!"