Former NFL player Zac Stacy, who is accused of beating up his ex-girlfriend, went before a judge in Central Florida on Friday.

ORLANDO, Fla. - Former NFL star Zac Stacy went before a judge on Friday after he was arrested at the Orlando International Airport.

He faces charges of aggravated battery and criminal mischief after a disturbing video allegedly shows him beating his ex-girlfriend inside her Florida home on Saturday in front of a baby.

In court on Friday, Stacy's lawyer said he had flown back to Florida from Tennessee after learning that police in Oakland had issued a warrant for his arrest and had intended on turning himself in. 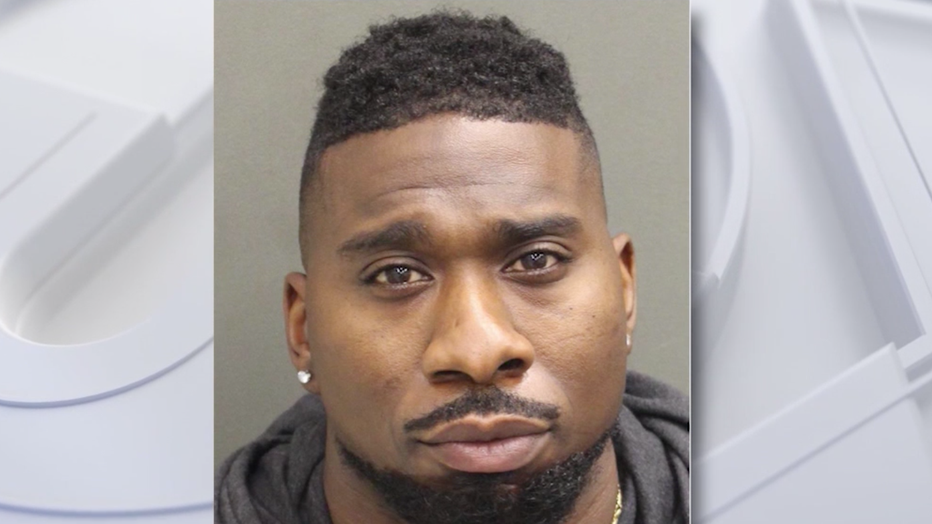 Prosecutors asked the judge to order Stacy to surrender his passport if granted release because they say he left the state ‘immediately’ after the alleged attack.

Stacy’s bond is set at $10,150 on felony charges. He is not allowed to have contact with the victim if released. The judge says he cannot possess any weapons or firearms and he must surrender his passport.

Ex-NFL star Zac Stacy has been arrested in Orlando, police said Friday. He's facing charges of Aggravated Battery and Criminal Mischief after a graphic and disturbing video emerged on social media that allegedly shows the former running back beating his ex-girlfriend inside her Florida home on Saturday.

"The Orlando Police Department received information that NFL Player, Zac Stacy, wanted out of Orange County/ City of Oakland for Aggravated Battery in a Domestic Violence case was arriving at the Orlando International Airport. Our officers made contact with Stacy as he exited an inbound flight from Nashville and placed him in custody.

Stacy was transported to the Orange County Jail without incident."

Fox News reports that the woman, who could be seen in the video being thrown into a TV stand and hit, applied for a restraining order against the former New York Jets player, citing TMZ Sports on Wednesday. The woman had reportedly claimed that Stacy punched her several times in the head, according to TMZ Sports.

"I begged him to stop because the baby was on the couch just a few feet from where he punched me," she wrote, according to the report.

In a statement to FOX 35 News, Oakland Police confirm that on Nov. 13, officers responded to an emergency call about a domestic disturbance.

Following the arrest of ex-NFL star Zac Stacy after being accused of domestic violence, CEO of Harbor House of Central Florida Michelle Sperzel talks about what victims can do to get out of a dangerous situation.

"Officers arrived on scene within two minutes and were able to determine a domestic violence battery had taken place and that the suspect, Zackary Stacy, had fled the scene," police said. "Officers continued to search for Stacy, and the case was forwarded to the investigations unit of the Oakland Police Department to establish probable cause to secure a warrant for Stacy’s arrest."

Since Stacy was believed to be outside of Oakland police jurisdiction, the Orange County Sheriff’s Office reportedly attempted to apprehend Stacy, but police say they learned he had fled the state.

"Efforts are underway to capture Stacy, and we would urge him to turn himself in and face the criminal charges," they wrote.

Fox News reports that the woman in the video can be heard begging for him to stop while the 5-month-old looks on while seated on the couch. At one point, the woman can be seen being body-slammed into one of the baby’s bouncy seats.

According to a redacted arrest affidavit from the Oakland Police Department, the woman involved said she was "extending an olive branch" to her son's father, identified as Stacy. He had brought breakfast over.  However, while eating, they started arguing and he got physical with her.

The affidavit also confirmed that two children, one of which is Stacy's child, were present when the incident occurred.

Stacy, who retired from the NFL in 2017, left before police arrived, and the woman said she visited the hospital after the incident and had bumps and bruises, the report said.