Remains found during hunt for Brian Laundrie in Florida

The FBI and Sarasota County Medical Examiner's Office were among those who were on the scene at the Myakkahatchee Creek Environmental Park in North Port, working to identify human remains spotted in an area that was previously underwater.

Williams said he did not believe the unidentified remains found were likely to be intact.

He said, "We … know that they brought out today … cadaver dogs. That leads me to believe that the body itself may not have been completely intact, and they were using cadaver dogs to find perhaps [additional] … body part[s]."

RELATED: Remains found during search for Brian Laundrie in Florida

Authorities likely didn't find the body earlier because water concealed the area, and only recently receded. "The answer may very well be that the area you know at that time was underwater," Williams said. 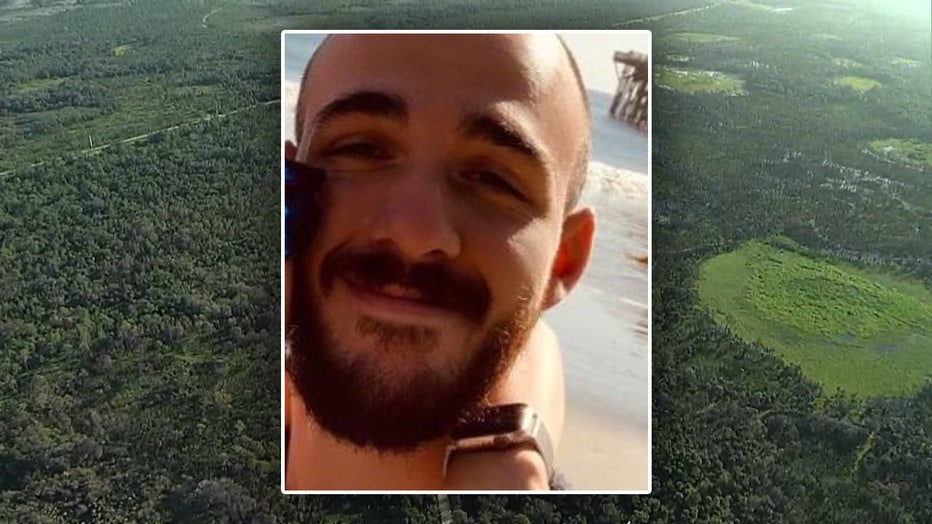 Williams said he expected to hear a preliminary announcement from authorities within 24 hours.

The former detective raised the possibility that if the body did belong to Laundrie that it could have been a suicide.

"The question is – if that's the body – how did he die? And it is more likely than not that if this is Brian Laundrie, I would have to believe that he died, perhaps as a result of a gunshot wound … Let's say maybe he took some medicine in, you know, conked out in that way. But the most likely source would perhaps be that he would be by gunshot, and I'm sure they are looking to see if, in fact, they can find a weapon in that whole area right now."

"This whole area right now is a crime scene. Just keep that in mind," he added. Laundrie's possessions and the unidentified remains were found in a Florida nature preserve that spans 160 acres and is considered "heavily wooded land."

Laundrie was considered a suspect in the Gabby Petito homicide case.

Laundrie and Petito went on a cross-country trip together; starting in New York and planning to end in Oregon.  Alarm and suspicion were aroused after it was reported Laundrie returned to his family in North Port, Florida, on Sept. 1 without Petito.

On Sept. 11, Petito was reported missing to New York police by her mother, Nicole Schmidt. On Sept. 14, Laundrie disappeared.

Before he left, Laundrie allegedly appeared at an AT&T store in North Port, Florida, where he bought a phone while accompanied by an older woman, TMZ reported.

At the outset of the investigation, while Petito was still considered a missing person, police begged for cooperation. "We are pleading with anyone, including Brian, to share information with us on her whereabouts in the past few weeks. The lack of information from Brian is hindering this investigation," North Port Police Chief Todd Garrison said.

After weeks of searching, investigators confirmed a body found in Grand Teton National Park, located in northwestern Wyoming, was Petito's. The cause of death was determined to be strangulation.

During the trip, police were notified of a domestic violence incident in Moab, Utah. The caller told dispatch that Laundrie was hitting Petito. "The gentleman was slapping the girl," the caller said. "They ran up and down the sidewalk. He proceeded to hit her, hopped in the car and they drove off."

Later, police pulled over their van and the bodycam video shows Petito admitting to hitting Laundrie, and also demonstrating how he grabbed her face.

"[Gabby] … began slapping him," the report said of a dispute. "[Laundrie] grabbed her face and pushed her back as she pressed upon him and the van, he tried to lock her out and succeeded except for his driver’s door, she opened that and forced her way over him and into the vehicle before it drove off."

The cops decided against making a domestic violence arrest on Petito, and separated the two for the night instead.

"[Petito and Laundrie] reported they are in love and engaged to be married and desperately didn’t wish to see anyone charged with a crime," the report added.