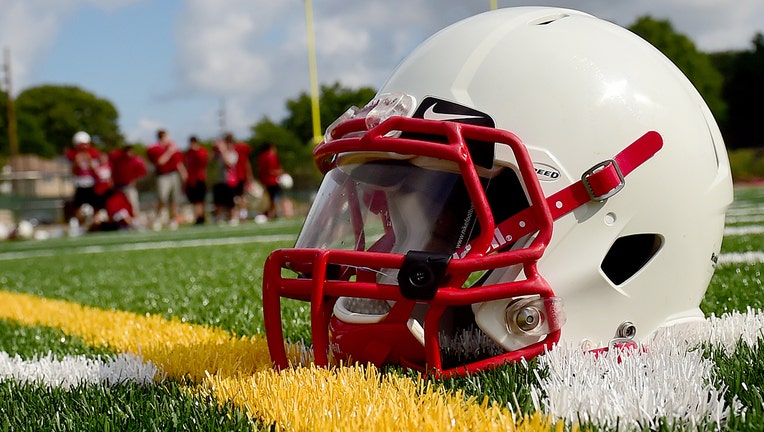 A football helmet lies on the ground while members of the Floral Park High School football team are in the background practicing for the 2015 season, on the morning of August 19, 2015.(Photo by Thomas A. Ferrara/Newsday via Getty Images)

A research team recently set out to understand why high school athletes specialize in a single sport, and more specifically, wanted to understand the role of athlete competitiveness in the decision to specialize.

Former research has shown that repetitive sport specialization can lead to injury and burnout, and while this may still be the case, this new study, published in the Orthopaedic Journal of Sports Medicine, recognizes that it’s likely more nuanced than that.

"Our research suggests that the story isn’t so much that specialization is bad, but that specialization can have negative outcomes," Dee Warmath, a co-author of the study, told FOX Television Stations. "We found that high school athletes seem to be more likely to specialize for positive reasons – the enjoyment of competition and wanting to be better at their chosen sport."

Thousands of football fans in Kansas City pitched in to help R&B singer Ashanti belt out the national anthem after technical issues rendered her inaudible ahead of the Cincinnati Bengals versus Kansas City Chiefs AFC Championship on Jan. 30. (Credit: @KChiver via Storyful)

According to the research team, the findings from this study suggested that athletes who gain satisfaction or pleasure from an ability to perform and compete at a higher level and seek to do so as long as possible are more likely to specialize than athletes who enjoy the conflict or "win at all costs" mentality.

Ultimately, Warmath said there may be poor outcomes that arise from specialization, but high school athletes seem more likely to specialize for positive reasons.

"I like to use the driving analogy," Warmath explained. "There are some poor outcomes that might arise if you drive a car. Do we tell people not to drive? No. We help them understand how to drive safely to minimize those possible outcomes. I think our research suggests that a similar approach might be warranted for sport specialization recommendations.