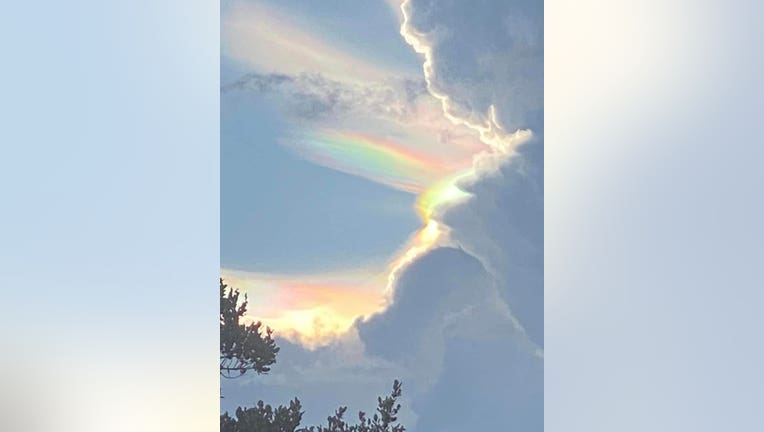 ORLANDO, Fla. - A Florida woman recently snapped gorgeous photos of what forecasters call a cloud iridescence, or a "fire rainbow."

Angela Capece of Coconut Creek captured the colorful creation in the sky and posted it to Facebook. Forecasters say these "fire rainbows" aren't actually rainbows – and they have nothing to do with fire!

FOX 35 Storm Team Meteorologist Allison Gargaro says a cloud iridescence is formed when small water droplets scatter the sun's light and it creates what looks like a rainbow cloud. 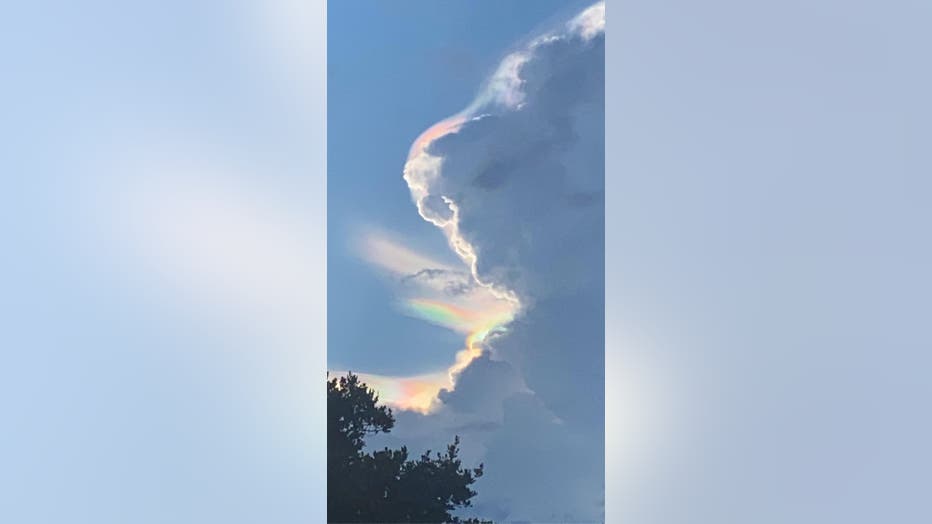 According to National Geographic, a fire rainbow can only be witnessed when the sun is at least 58-degrees above the horizon.

Floridians have been spotting some pretty incredible weather phenomenons lately. Just recently, several FOX 35 viewers sent in spectacular photos of a double rainbow that lit up the sky over Orlando. And a woman driving on Alligator Alley near the Everglades spotted what is probably the most ‘Florida’ photo you'll see all day: a cloud formation that looks like an alligator.