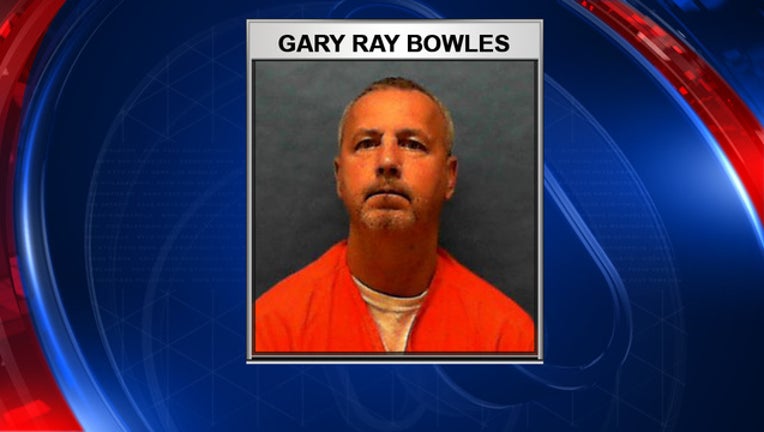 TALLAHASSEE, Fla. (AP) - A serial killer who preyed on older, gay men during an eight-month spree that left six dead on or near the U.S. East Coast a quarter century ago is scheduled to be executed Thursday evening.

Gary Ray Bowles, 57, is set to receive a lethal injection at Florida State Prison in Starke around 6 p.m. He drew the death sentence for his conviction in the November 1994 murder of Walter Hinton in Jacksonville Beach - one of the six known killings in 1994 that terrorized the Interstate 95 corridor and won him the nickname the "I-95 killer" before he was caught. Many of the victims were found not far from the East Coast's most heavily traveled interstate.

Hinton was Bowles sixth and final known victim in a series of killings that began in Daytona Beach with John Hardy Roberts. In between, there were victims in Rockville, Maryland; Savannah, Georgia; Atlanta and Nassau County, Florida. In each case, Bowles had a signature: He stuffed the victims' throats with objects, including rags, toilet paper, dirt, leaves - even a sex toy.

Investigators say that if he hadn't been caught, Bowles would have kept on killing.

"He probably enjoyed it after a while," said Thomas Youngman, a Daytona Beach detective assigned to the Roberts slaying. "Why do you kill people after the first one? The first one could be a mistake, maybe. But then the second, alright, I'll maybe give you that. But the third, fourth fifth and sixth? When do you stop?"

It wasn't hard for Daytona Beach police to figure out who killed Roberts, the first victim in March 1994: Bowles left a probation document at the scene and also was caught on an ATM camera trying to withdraw money from Roberts' account. What proved more difficult was capturing him, something they were unable to do until after five other men in three states had been slain.

Among Bowles' subsequent victims was a 72-year-old World War II Navy veteran, Milton Bradley, who was living in Savannah when he met the serial killer in May 1994. A kind and gentle soul well-liked in the Georgia coastal city, Bradley had suffered a severe head injury when his ship sank in the Pacific Ocean. His bludgeoned body was found at a golf course, leaves and dirt stuffed down his throat.

That it has taken 25 years to reach the moment of carrying out Bowles' death sentence has been frustrating for Bradley's family. "It's been a long time coming, hasn't it?" said Milton Bradley's nephew Mark Bradley, speaking with The Associated Press.

Bowles was raised in West Virginia, where he experienced drugs and violence at a young age. His father was a coal miner who died of black lung disease before he was born. His mother remarried multiple times, and his first two stepfathers were abusive, according to court records. His mother and brother testified that Bowles began drinking, smoking marijuana and huffing glue when he was 11. When he was 13, he fought back against his second stepfather, smashing a rock into his head and nearly killing him, according to court records.

That's when Bowles left home. Investigators say Bowles survived by letting gay men perform sex acts on him for money, though he has maintained he is straight.

He also had a history of violence against women.

Bowles was convicted of beating and raping his girlfriend while living in Tampa in 1982 and sentenced to eight years in prison. The victim had severe injuries.

Former Savannah detective John Best remembers hearing details of the crime against the girlfriend as he investigated Bradley's slaying.