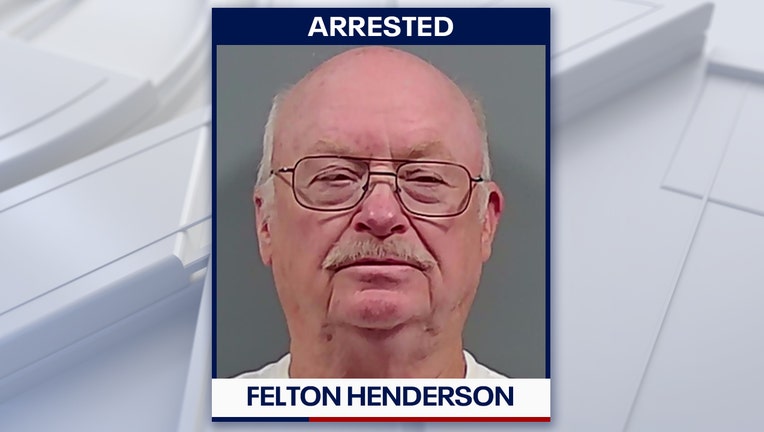 CANTONMENT, Fla. - A Florida man is accused of killing his daughter’s three dogs by locking them in a hot car for several days.

Deputies in Escambia County say Felton Charles Henderson’s daughter asked him to take care of her three dogs for a few days while she was out of town.

Escambia County Sheriff Chip Simmons says the woman left food, water and everything the dogs would need while she was gone. However, when she returned and asked where her dogs were, the sheriff says her father led her to a blue Toyota Camry, opened the door and pulled out three dead dogs.

"It is apparent that all he did was lock these dogs in today’s heat, yesterday’s heat, the day before yesterday’s heat," Simmons stated. "He put these dogs in this blue Toyota Camry knowing full well that they would not survive. All three dogs perished from the heat. You can imagine the suffering they probably went through. He was arrested for animal cruelty. This is no way to treat an animal. They rely on you to give them the care and concern, and you did none of that, so you will go to jail for animal cruelty."

Henderson has been arrested on charges of animal cruelty.