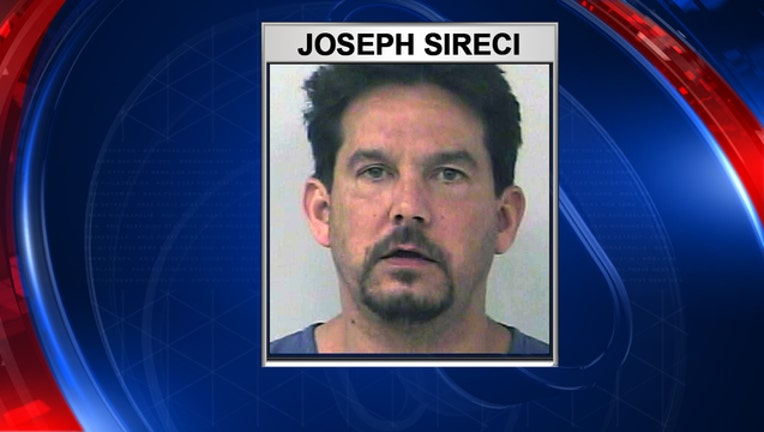 ST. LUCIE COUNTY, Fla. (FoxNews) - A man in St. Lucie County, Fla., was arrested after he allegedly gave his girlfriend a “wet willy” while he was belligerent, an affidavit says.

A local sheriff’s deputy was called to the home of 47-year-old Joseph Sireci in mid-August. The man’s girlfriend claimed that she found Sireci drunk on the living room floor after she returned home from work.

According to an affidavit reviewed by the Treasure Coast Newspapers, Sireci went with his girlfriend, who has not been identified, and her daughter to a different person’s home. There, Sireci “continued to  drink and be belligerent,” according to the affidavit.

Then, on the way home, Sireci allegedly grabbed his girlfriend’s hand, pulled her arm and “continued by giving her a ‘wet willy’ sticking his finger in her ear,” the affidavit says, according to the newspaper.

The daughter, whose identity is also unclear at this time, confirmed her mother's account.

According to inmate records, Sireci was arrested on a battery charge.  He declined to give a written statement, but said he wasn't drunk.

Get updates on this story at FoxNews.com.  The Associated Press contributed to this report.