HUDSON, Fla. - Glenn and Shelly Pollack have been re-purposing antiques, metal, and wood for the last six years, making unique pieces of furniture and art to display in their Pasco County home and in their rental property.

Occasionally, they'll sell an item or two, to clear out some space and make room for their next project.

A couple of months ago, they saw a listing on Facebook Marketplace for large pieces of an old cedar tree, so they drove from Hudson to Crystal River to take a look in person.

"We like amazing stumps that have all kinds of different knots," Shelly Pollack said.

Glenn added, "We'll have it milled to two-inch, three-inch slabs." 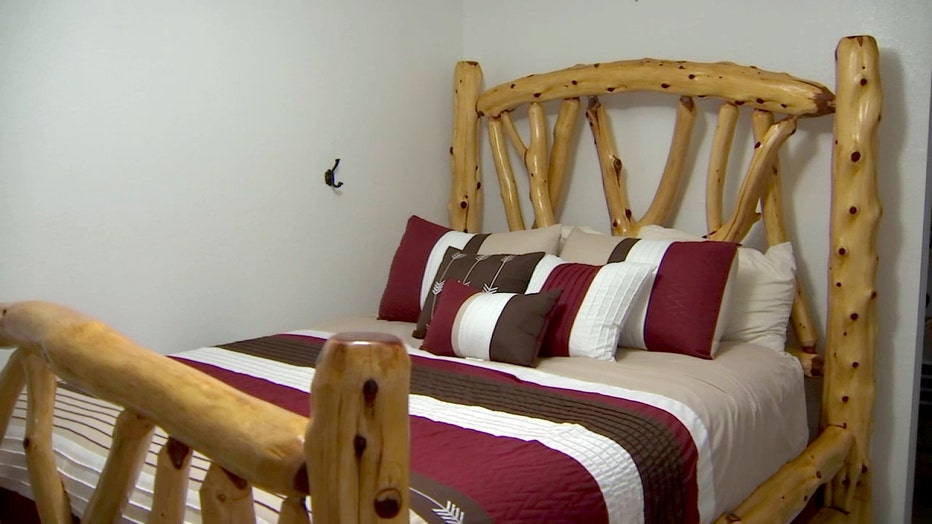 The Pollacks took the slabs home and got to work, sanding and measuring what they thought would make a nice tabletop or piece of art.

"It just hit me all at once," Glenn Pollack said. "As we were sanding it, I noticed an image. It looked like Jesus."

Glenn saw a silhouette, about 10-inches tall. There was a head and a body, as well as an outstretched arm.

Shelly noticed the folds ot the bottom of a gown and a dark figure he appeared to be guiding.

As they continued to sand, they say the image came into clearer focus.

"Everybody sees something a little different," Glenn said.

No matter what they see, the Pollacks just want to give people the chance to look.

They added epoxy to preserve the image and have shared it with friends and family. They also opened their home for people to see for themselves.

"It needs to be shown," Shelly Pollack said. "This may bring some peace to people. It might bring them some kind of feeling of joy."

To see more of the Pollack's work, visit https://facebook.com/Rusticvisionswood/.

A previous version of this article stated the Pollacks purchased the cedar slab. The piece of wood was given to them.