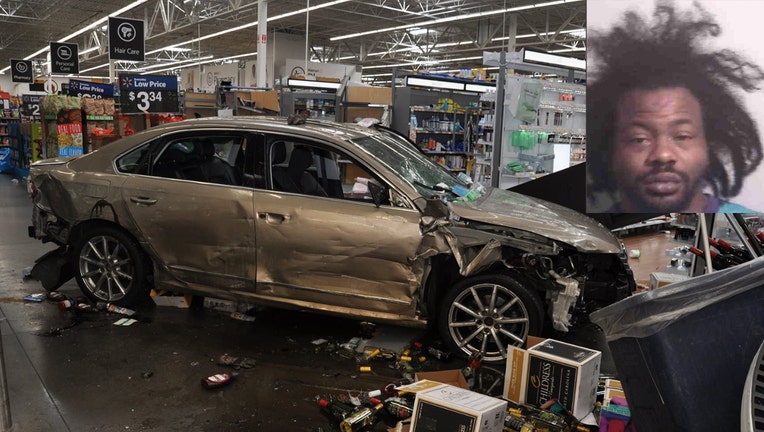 Lacy Cordell Gentry and his smashed car inside the Walmart are shown in photos released by police.(Concord Police Dept.)

A fired Walmart employee crashed a car through the front door of the store and kept driving inside the building, according to police.

It happened Friday morning in Concord, North Carolina.  Police arrested 32-year-old Lacy Cordell Gentry, who had been recently fired from the store.

They say when officers got there he was driving his 2015 Volkswagen Passat inside the store causing "substantial damage and endangering others."

Officers were able to get Gentry to stop the vehicle and arrested him. 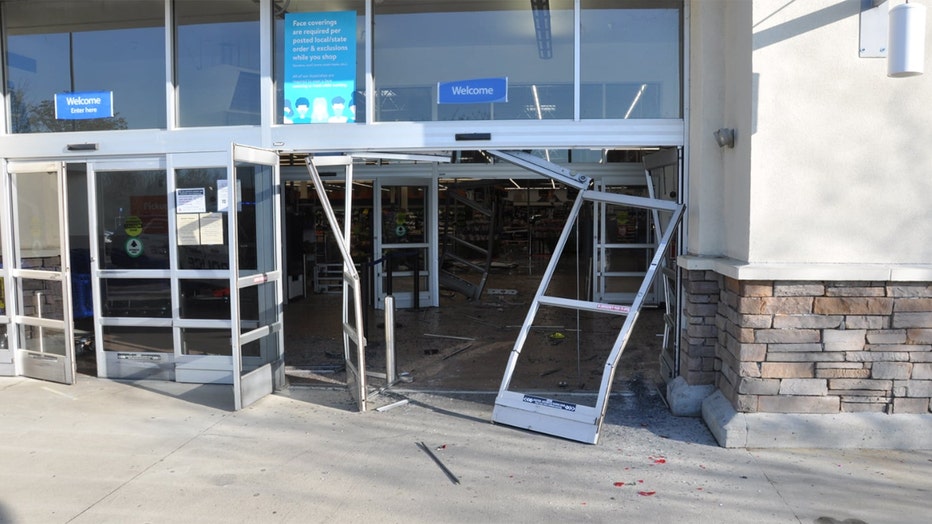 The police department released a photo showing the smashed front door of the Walmart.(Concord Police Dept.)

The police department released photos showing the smashed front door, damage inside the store, and the smashed-up car after it came to a stop.

No one inside the store was hurt but a lot of merchandise was damaged, according to police.

Gentry was charged with two felony counts of assault with a deadly weapon on a government official, felony breaking and entering, and other misdemeanor charges.

He was sent to the Cabarrus County jail under a $100,000 bond.  It was unclear if Gentry had a lawyer. 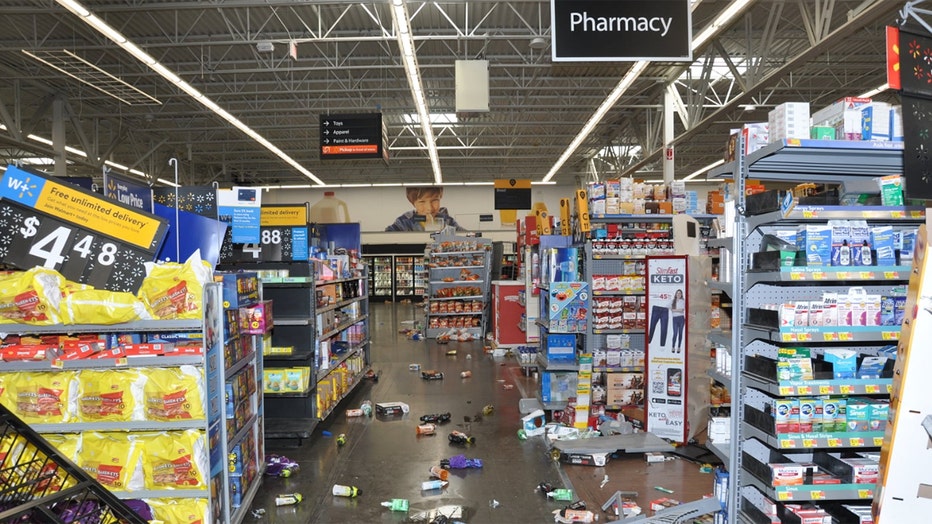