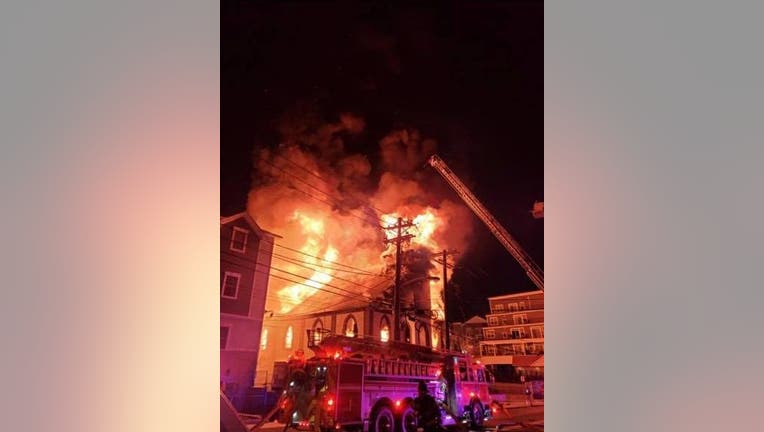 ELIZABETH, N.J. (AP) — An early morning fire ripped through a church in New Jersey, forcing cancellation of services, but no injuries were reported.

Officials say the blaze at Shiloh Baptist Church in Elizabeth was reported shortly after 3 a.m. Sunday.

Arriving fire crews reported the structure fully engulfed in flames. Officials said the back of the structure collapsed, and crews worked to try to protect nearby buildings.

Chief Thomas McNamara of the Elizabeth fire department said the church was “pretty much destroyed” and called it “a sad day."

The church's Facebook page lists its founding date as November 1879.

Pastor William Ingram called it “a shock." He told reporters everything ”was fine yesterday evening, so I don't know what happened."

“We were anticipating waking up this morning coming to church to worship… and you wake up to this,” he said. “(But) that’s the nature of life, and you know, that’s why we have faith."