NEW YORK - Dozens of firefighters responded to a blaze that ripped through a synagogue in the Borough Park section of Brooklyn Wednesday.

Video from the scene showed flames and smoke shooting out from the two-story building of the Congregation Beth Aaron at 4901 18th Avenue.

60 firefighters put out the fire that erupted at about 8:00 a.m. Several people including a mother and two children were pulled from a residence on the second floor. Another person was rescued from the lower level, according to a fire official on the scene.

There were no reports of injuries. No Torahs or other sacred documents were damaged, added a fire official. 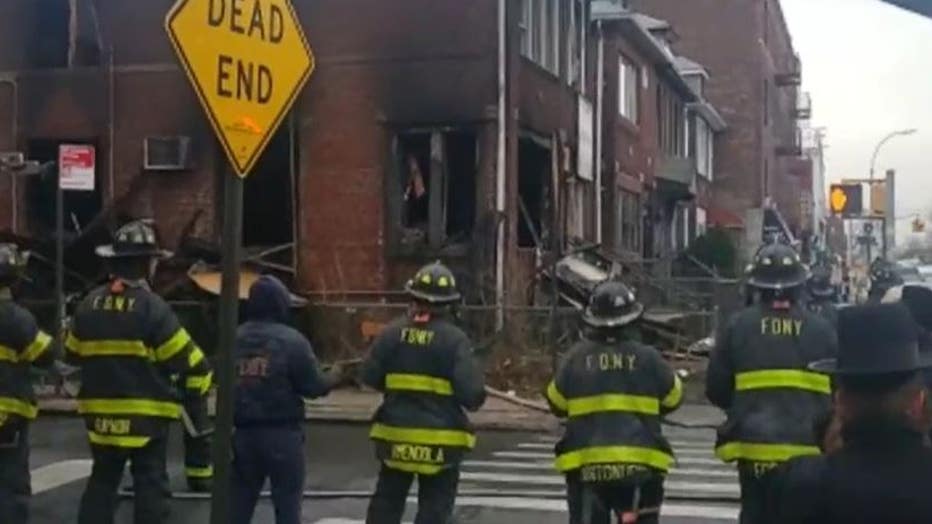 An investigation into the cause of the fire during Hannukah was underway.