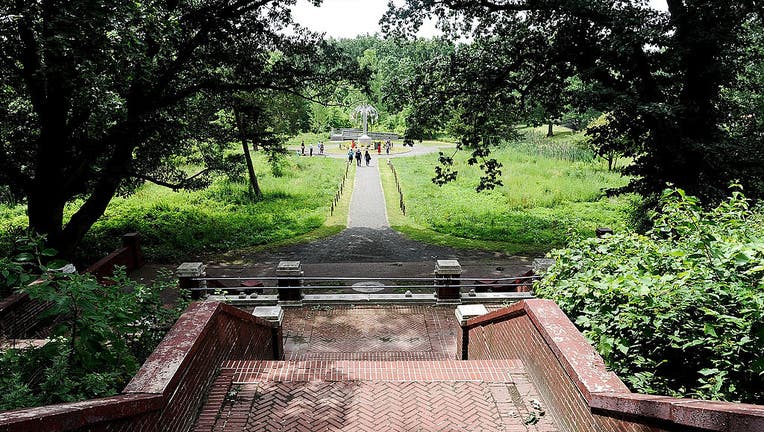 NEW YORK - An emergency field hospital is under construction at a park in the Bronx as New York City races to add hospital beds.

The Federal Emergency Management Agency confirmed Monday that a 200-bed facility to treat COVID-19-positive patients will be set up in Van Cortlandt Park.

The 12-acre site will be up and running in about three weeks, City Councilman Andrew Cohen told the Daily News.

"We are looking for any large spaces we can put beds," said Mayor Bill de Blasio during a news conference Monday.

New York state is scrambling to roughly triple its hospital capacity as coronavirus cases surge. There is a coronavirus ward in tents in Central Park, and a makeshift hospital has been set up at the Javits Center.

Another site is hospitals.

"The city has at least one hotel for medical use and a number for health care workers. We can keep growing that. We will be in 100 + hotels taking the whole hotel on a lease. It's still going to be a few days before you see the hotels in medical use," said de Blasio.