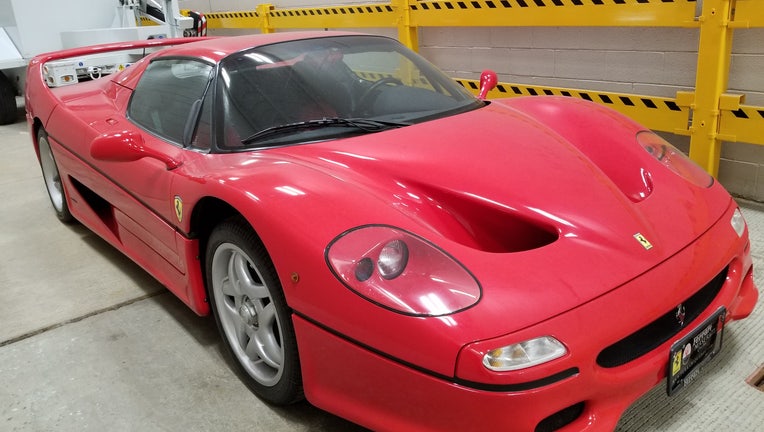 NEW YORK - The U.S. Attorney's office says it is looking for the owner of a Ferrari that had been stolen in Italy in 2003.

According to authorities, the 1996 Ferrari F50 was confiscated by U.S. Customs and Border Protection agents when it was being taken across the border from Canada on the Peace Bridge in Buffalo, New York on December 14, 2019.

CBP officers said they noticed that several rivets on the car's VIN plate were covered with a black tar substance. Officers placed a "hold" on the car while an investigation into its ownership was conducted.

"After investigation, my Office determined that it would not be appropriate for us to exercise our authority and forfeit this extremely valuable and previously stolen luxury car," stated U.S. Attorney James Kennedy. "Instead, after an 18-year odyssey, which we know took it across continents and countries, we have decided that the time has come for a court of law to determine the rightful owner of the vehicle."

The Buffalo News reports that two men are claiming ownership of the Ferrari. One is the original owner in Italy, while the other is a Florida man who says he bought the car in 2019.