A car left a trail of damaged vehicles in a Manhattan rampage.

NEW YORK - A driver of a pricy sports car, smashed into several vehicles on the Hell's Kitchen section of Manhattan before being stopped at 11th Ave. and 44th St. (See photos below)

A trail of damaged vehicles was left behind along 11th Ave. north of the Javits Center, which is being used as a makeshift hospital amid the coronavirus outbreak in the city.

Video from FOX5NY's news helicopter showed extensive damage to the blue Gemballa Mirage GT sports car.  The car, based on the Porsche Carrera GT, can sell for more than $750,000.

The car, with Massachusetts plates, was surrounded by NYPD vehicles and several ambulances were also at the scene.

Police say the driver was taken into custody at the scene.  The driver's name was not released.

Video posted to social media showed the car rev its engine and speed off after hitting one vehicle. 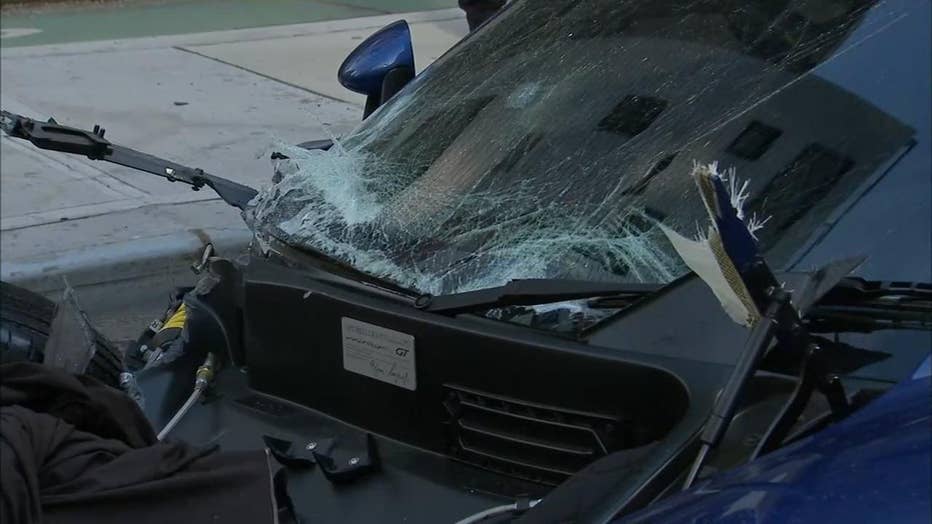 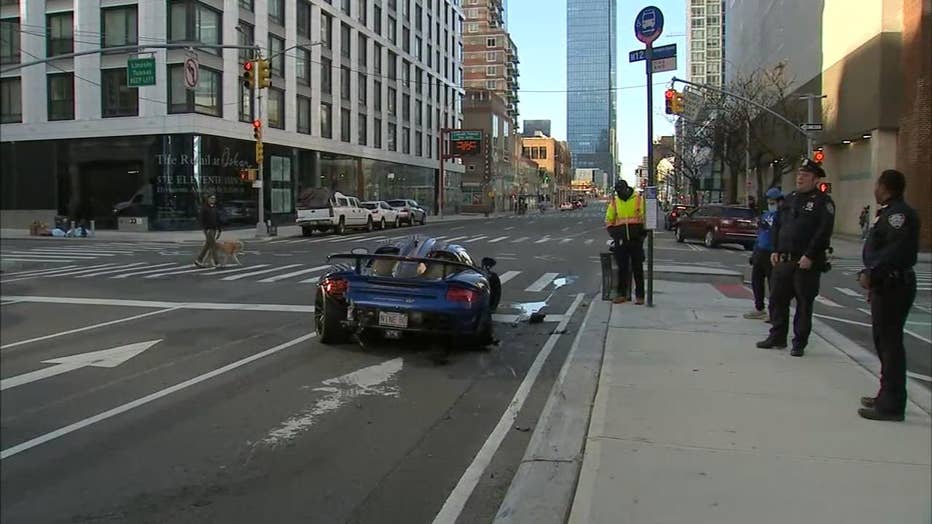 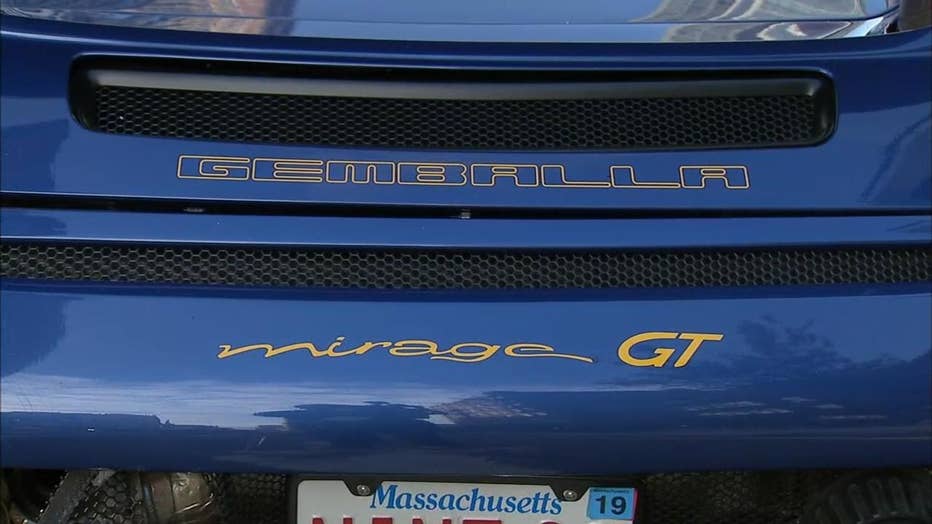 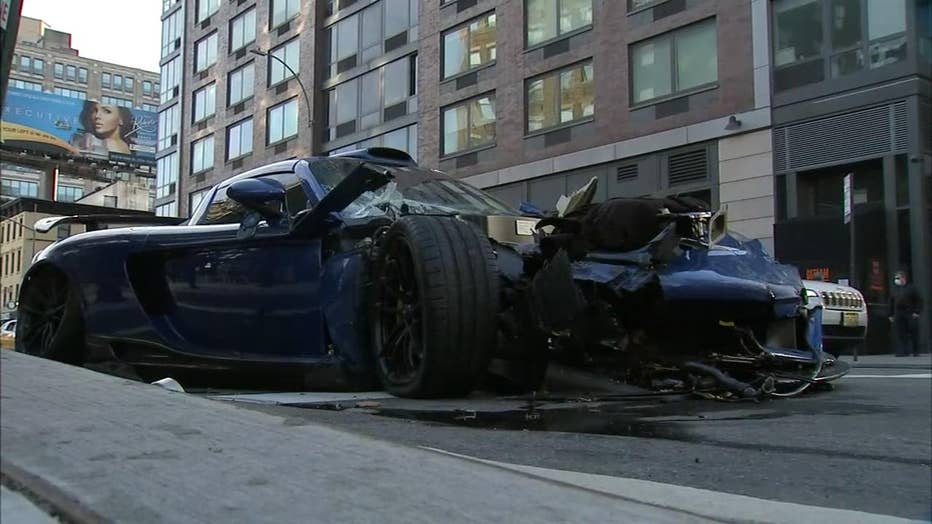 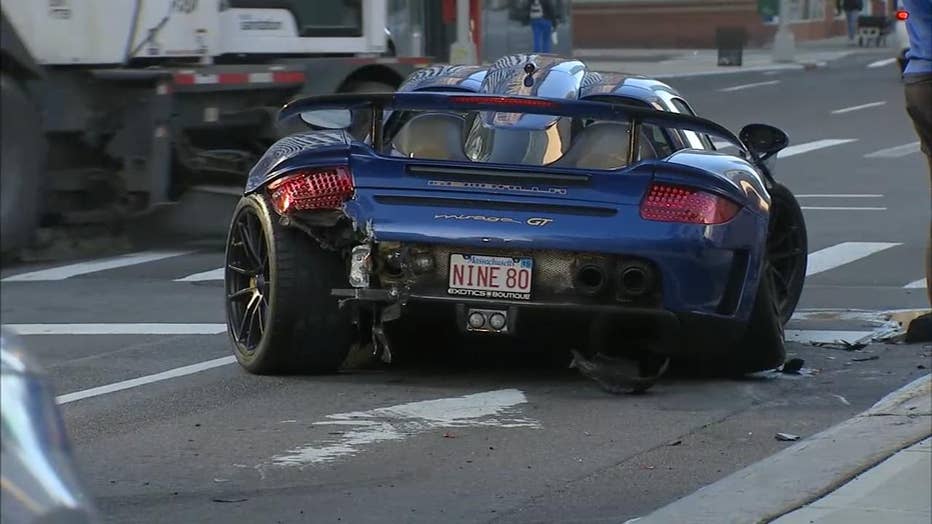 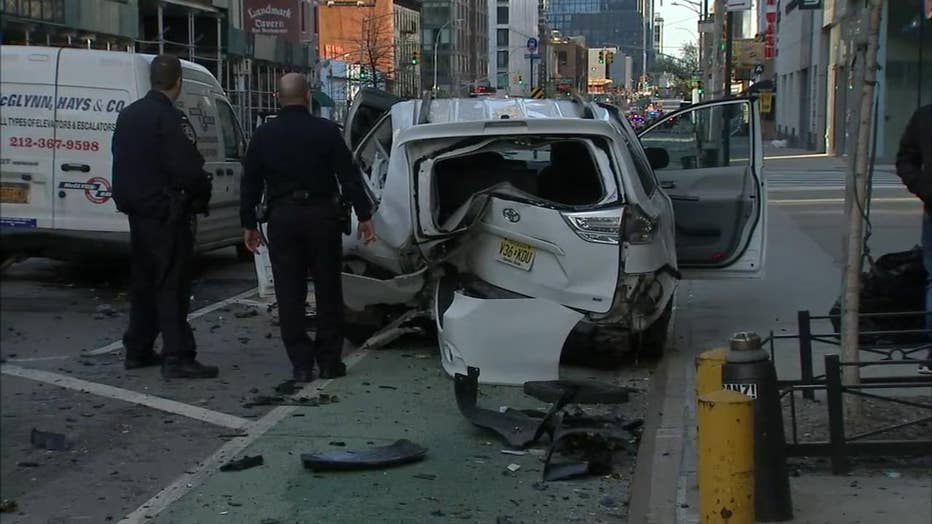 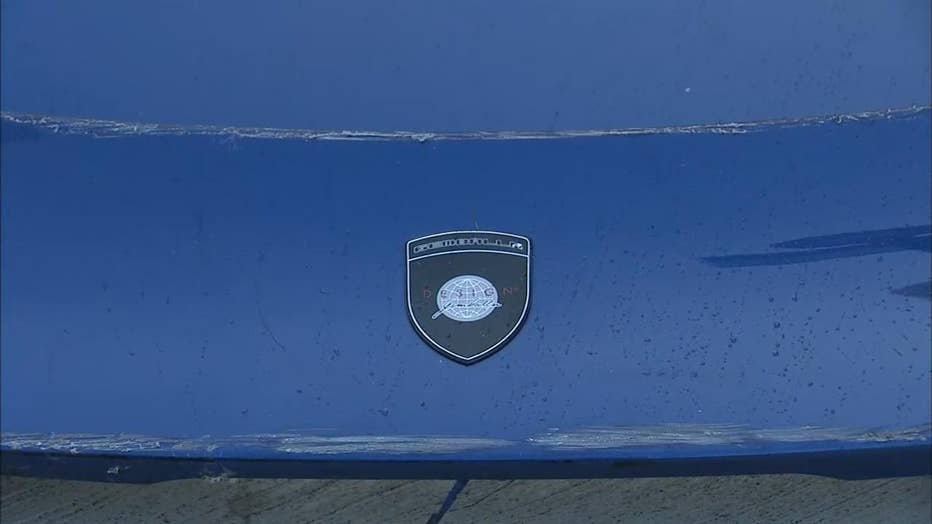 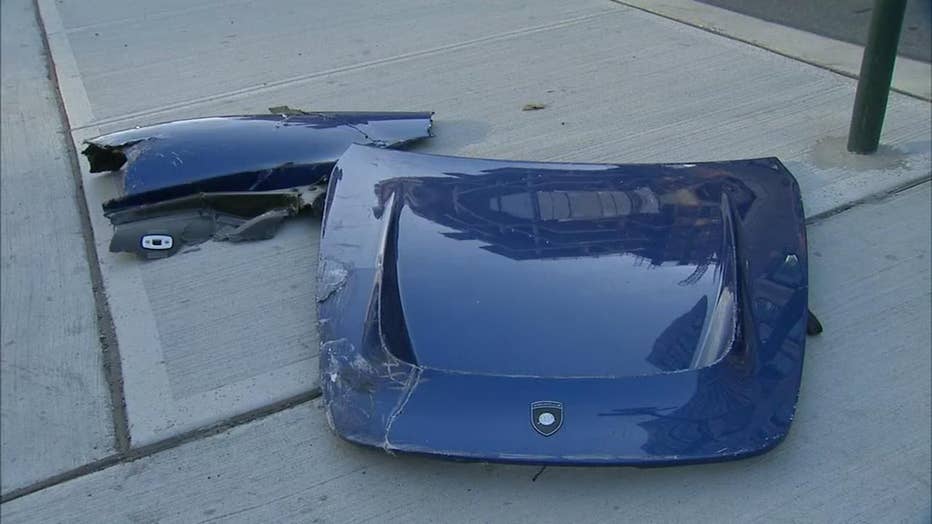 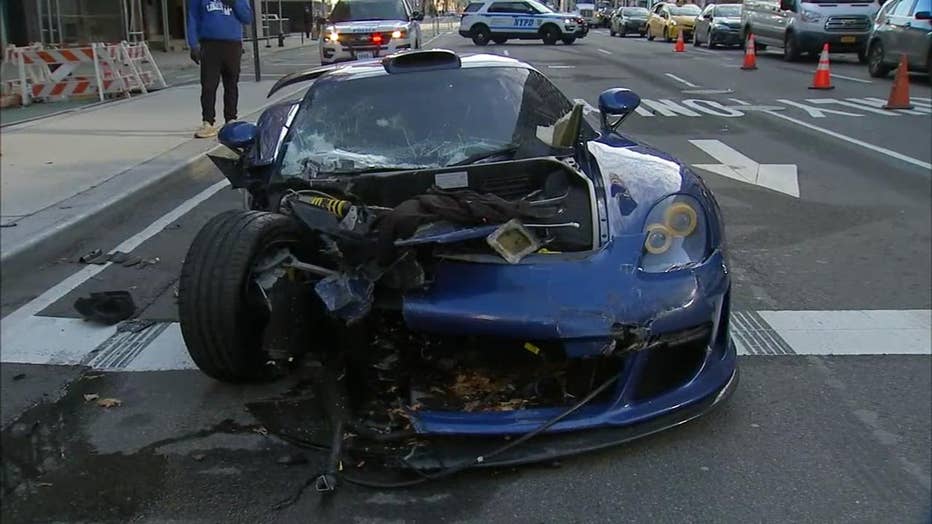 This story has been updated to remove a reference that the car was believed to have been stolen.  Police sources now tell FOX 5 News that they no longer believe the car was stolen.