Prop Ferrari in 'Ferris Bueller's Day Off' sells for 337K

DALLAS - Life moves pretty fast — but unfortunately, this iconic car does not.

A prop Ferrari 250 GT California replica used in the crash scene of the popular, comedic movie "Ferris Bueller’s Day Off" was sold on Dec. 17 for $337,500, and yet, the car is a prop and not a functioning automobile.

The replica convertible was used in the film’s infamous and memorable crash scene, when teenager Cameron Frye, played by Alan Ruck, accidentally causes the car to be hurled backward through the glass of his father’s garage, which then falls to the ground below.

According to Dallas-based Heritage Auctions, the car was rebuilt as a display piece following the movie’s production. The vinyl seats were reupholstered and the red paint was re-sprayed. 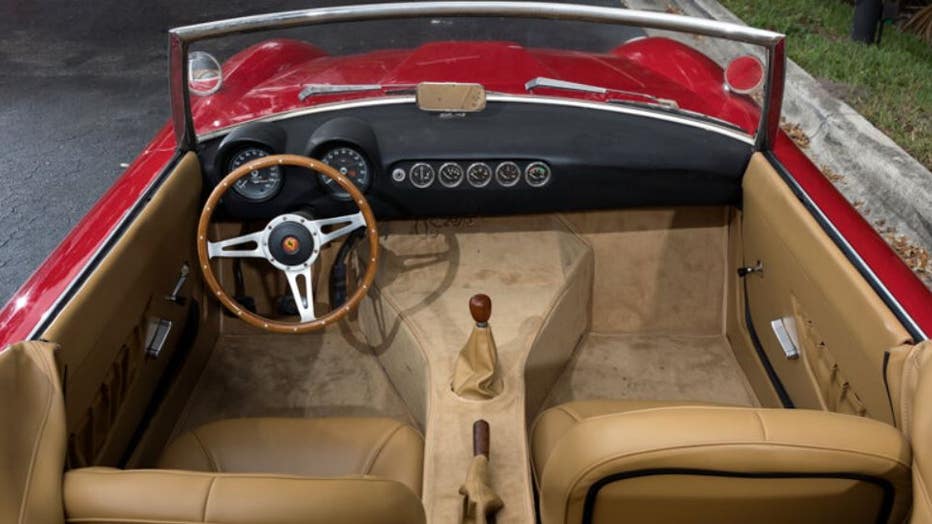 The prop vehicle consists of a fiberglass body bolted to a rolling chassis with a cosmetically finished interior. It also features tan vinyl seats, tan carpeting, a matte black fiberglass dashboard with instrumentation and a wood-trimmed steering wheel replete with a replica "prancing horse" logo at its center. There is no engine or drivetrain present.

As a prop, the "Ferrari" has no hinges on the hood and both door latches are present but need adjustment. The trunk lid lacks a latch and the front right headlight lens is present, but is cracked and remains loose. In addition, the rear passenger side taillight lens is missing, and the chrome trim and side mirror exhibit pitting and oxidation. 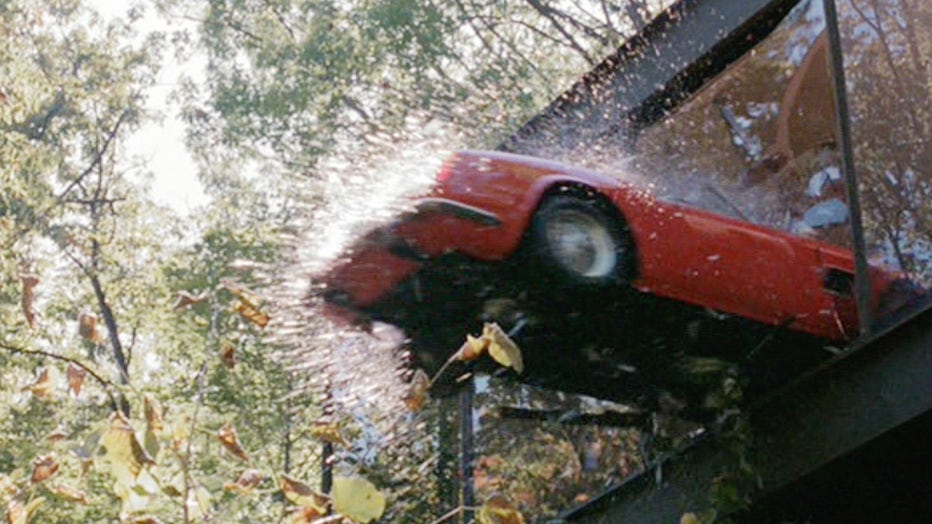 The "Ferris Bueller’s Day Off" car has developed a cult following since the film was released, and it remains one of the most recognizable cars in the world.

The car driven in the '86 flick sold in 2020 at Scottsdale Barrett-Jackson Collector Car Auction for $396,000. While the Signature sweater vest worn by Matthew Broderick also sold Saturday for $143,750. 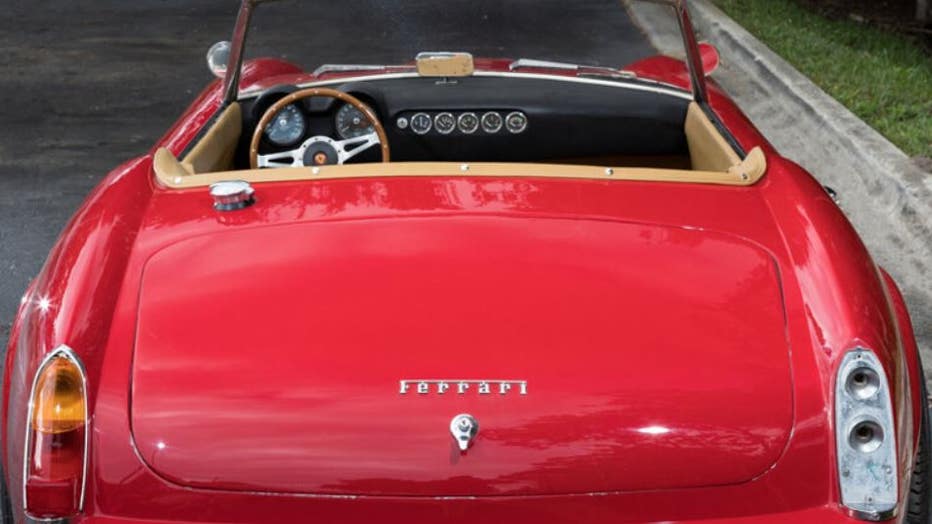 Earlier this year, Paramount Pictures said it was planning a spin-off of the movie, according to Variety.

According to the entertainment news outlet, the film titled "Sam and Victor’s Day Off," focuses on side-story characters when Ferris, Cameron and Sloane skip school in the movie. In the original film, Sam and Victor were valets who took Cameron’s father’s red Ferrari on a joy-ride. The characters went unnamed in the original film, and were portrayed by Richard Edson and the late Larry Jenkins.