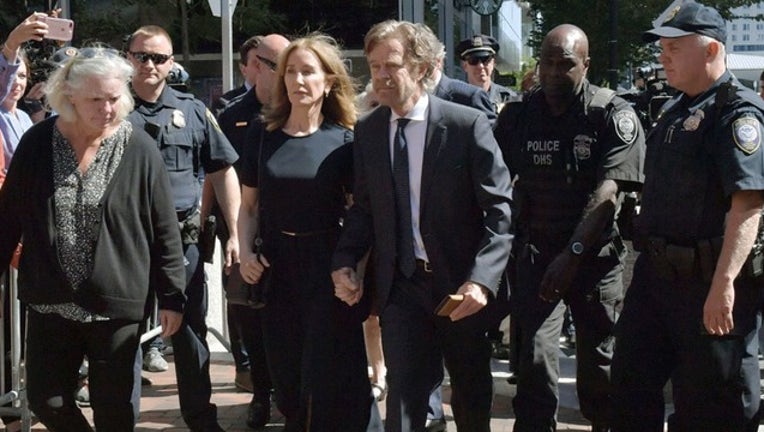 BOSTON (AP) Actress Felicity Huffman was sentenced to 14 days in prison for her role in the sweeping college admissions scandal.

The "Desperate Housewives" star was sentenced in Boston's federal court Friday after pleading guilty in May to a single count of conspiracy and fraud.

She was also given a $30,000 fine, 250 hours of community service and a year of supervised release.

She has admitted to paying an admissions consultant $15,000 to have a proctor correct her daughter's SAT exam answers in 2017.

Prosecutors had recommended a month in prison and a $20,000 fine.

Huffman's lawyers said she should get a year of probation, 250 hours of community service and a $20,000 fine.

Huffman said before sentencing that "I am deeply ashamed of what I have done. I have inflicted more damage than I could ever imagine."

She's the first parent to be sentenced among 34 charged in the scheme.