O'FALLON, Mo. - A federal lawsuit accuses the National Rifle Association of violating campaign finance laws by using shell companies to illegally funnel up to $35 million to Republican candidates, including former President Donald Trump, Sen. Josh Hawley of Missouri and others.

The Campaign Legal Center filed the lawsuit Tuesday in Washington on behalf of Giffords, a gun control nonprofit founded by former Democratic U.S. Rep. Gabby Giffords. It accuses the NRA of practices dating to 2014 "to evade campaign finance regulations by using a series of shell corporations to illegally but surreptitiously coordinate advertising with at least seven candidates for federal office."

The lawsuit names as defendants Hawley and U.S. Rep. Matt Rosendale of Montana, but the text of the lawsuit also accuses the NRA of "excessive and unreported in-kind contributions" to the campaigns of Trump and Republican Sens. Thom Tillis of North Carolina, Ron Johnson of Wisconsin, Tom Cotton of Arkansas and former Sen. Cory Gardner of Colorado. The contributions to Rosendale were during his unsuccessful 2018 Senate campaign, according to the lawsuit.

Trump's 2016 campaign received up to $25 million as part of the scheme, the lawsuit states. 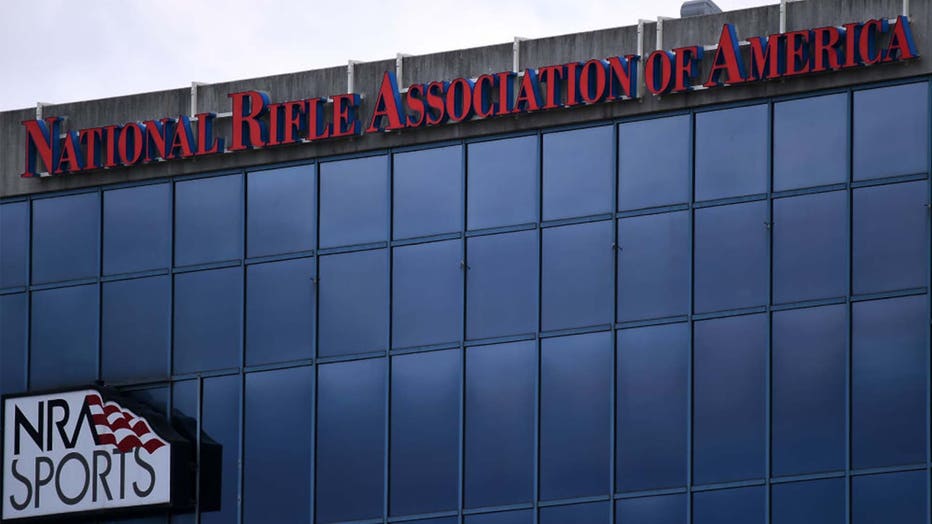 "Campaign finance law prohibits groups like the NRA from buying influence over elected officials by coordinating spending with those candidates’ campaigns," Campaign Legal Center attorney Molly Danahy said in a news release. "When special interests like the NRA secretly collude with candidates, this illegal coordination corrupts our election process and deprives voters of their right to know who is spending to influence their vote."

The NRA responded Thursday with a statement calling the lawsuit "another premeditated abuse of the public by our adversaries — who will stop at nothing in their pursuit of their anti-freedom agenda. This latest action is as misguided as it is transparent. Suffice it to say, the NRA has full confidence in its political activities and remains eager to set the record straight."

Email messages left with the offices of Trump, Hawley, Rosendale and others cited in the lawsuit were not immediately returned.

Giffords represented the 8th District of Arizona from 2007 to 2012, when she resigned after suffering a brain injury during a 2011 mass shooting in her district that killed six people.

Campaign Legal Center said the Giffords organization first brought the allegations against the NRA to light in 2018 when it filed a series of complaints to the Federal Election Commission. The center said Giffords sued after the FEC failed to take action.

The lawsuit seeks an order preventing the NRA from similar violations in future elections and asks the court to require the NRA to pay a penalty matching the amount that was allegedly spent illegally — up to $35 million.