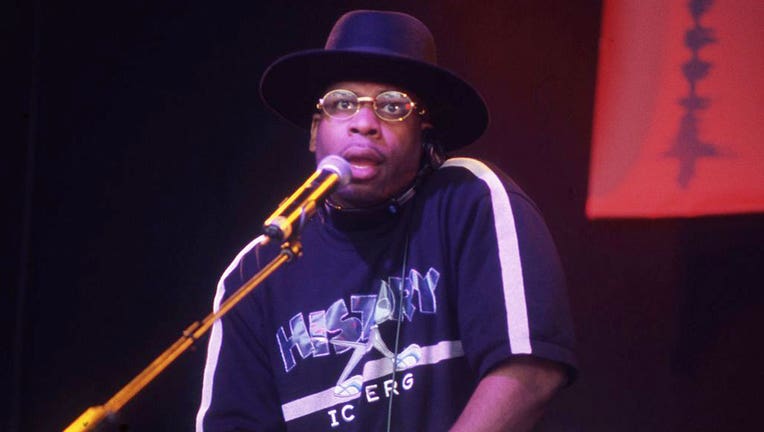 NEW YORK (AP) - A man eyed for years as a possible suspect in the 2002 fatal shooting of hip-hop pioneer Jam Master Jay pleaded not guilty at his arraignment on Tuesday, and remained in federal custody where he is already serving a prison sentence for robbery.

Ronald Washington, 56, entered his plea remotely from Kentucky, while his attorney and the government's lawyers appeared by teleconference because of coronavirus concerns.

Washington and Karl Jordan Jr., 36, face a mandatory minimum sentence of 20 years in prison and a maximum of life in prison, or the death penalty if convicted of murder in the death of Jason "Jay" Mizell, known professionally as Jam Master Jay.

Jay formed Run-DMC with Joseph "Run" Simmons and Darryl "DMC" McDaniels in the early 1980s, and the group charted mainstream success with songs like the Aerosmith remake "Walk This Way," and "My Adidas."

Jordan pleaded not guilty at his arraignment on Monday, the day federal prosecutors announced the indictment.

Jay was 37 years old when he was killed, shot once in the head with a .40-caliber bullet by a masked assailant at his studio in the Hollis section of Queens.

Police identified at least four people in the studio with Jay when he was killed, including the two armed gunmen, but the case was cold for years, even when thousands of dollars in reward money was offered, as witnesses refused to come forward.

Washington, who had reportedly been living on a couch at Jay's home in the days before the killing, was publicly named as a possible suspect or witness as far back as 2007. Prosecutors allege he waved a handgun and ordered another person at the recording studio to lie on the ground while Jordan shot Jay in the head on Oct. 30, 2002.

According to prosecutors, Jay would bring in bulk amounts of cocaine to sell retail and was killed as retribution for cutting Washington out of a plan to distribute 10 kilograms in Maryland.

Seth DuCharme, acting U.S. attorney for the Eastern District of New York, announced federal indictments against two men in connection with the 2002 murder of Jam Master Jay in Queens.

The Mizell family issued a statement saying they "have mixed emotions; we truly hope that these indictments are a solid step towards justice being served in the murder of Jay."

McDaniels, his band mate, said, "Although this latest news opens up a lot of painful memories for all of us who knew and loved Jam Master Jay, I'm relieved to hear that 2 suspects have been arrested and charged with his murder. It's been a difficult 18 years not having him around while knowing that his murderers were not yet indicted for this heinous crime."

Neither statement addressed authorities' contention that Jay was involved in selling drugs.