Federal authorities announced a 10-count indictment against two men with the drug-connected murder of Jam Master Jay. The suspects were part of Jay's inner circle. Reported by Lisa Evers

Jam Master Jay, whose real name was Jason Mizell, was working in a recording studio in Jamaica, Queens, on October 30, 2002, when Ronald Washington and Karl Jordan Jr. walked in and gunned him down in "cold blood," acting U.S. Attorney Seth DuCharme said while announcing the grand jury indictments.

"The victim's family has waited so long for some answer, some justice for Mr. Mizell. For the crime of murder, the passage of time offers you know escape," DuCharme said. "This office has a long proud tradition of doing cold case murders and working with our local partners and federal partners and we don't give up on these cases."

DuCharme said the "brazen" murder was related to a dispute over drugs.

Seth DuCharme, acting U.S. attorney for the Eastern District of New York, announced federal indictments against two men in connection with the 2002 murder of Jam Master Jay in Queens.

The 10-count indictment charges Washington and Jordan with murder while engaged in narcotics trafficking and firearm-related murder, authorities said. The indictment also charges Jordan with several counts of narcotics distribution.

"The charges announced today begin to provide a measure of justice to the family and friends of the victim, and make clear that the rule of law will be upheld, whether that takes days, months or decades," DuCharme said in a statement.

Police detectives and federal agents arrested Jordan on Sunday. Jordan, 36, also known as "Little D" and "Noid," was set to be arraigned via video on Monday afternoon. 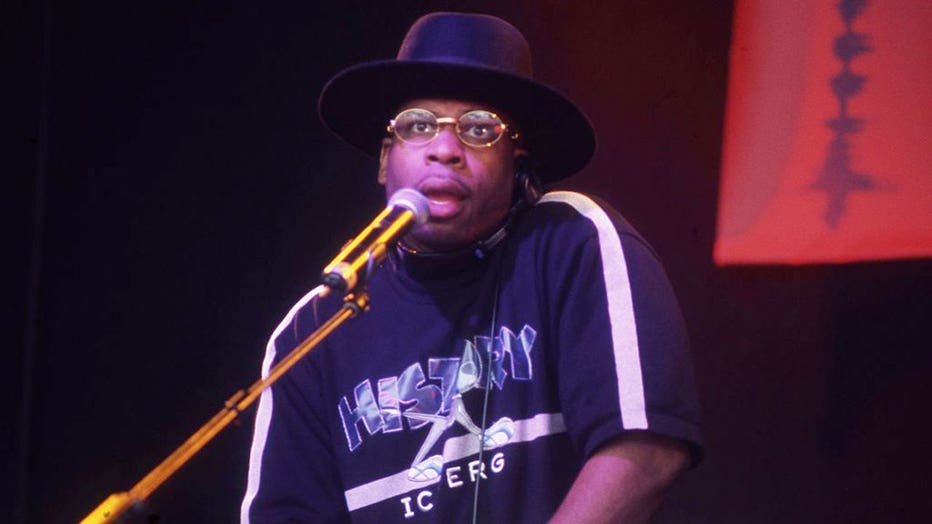 Washington, 56, also known as "Tinard," is currently serving a federal prison sentence stemming from a string of robberies he committed while on the run from police after Jay's death. He'd been living on a couch at Jay’s home in the days before the shooting and was publicly named as a possible suspect or witness as far back as 2007. But authorities couldn't make a case at the time.

DuCharme said Washington would be arraigned at a later date.

Before sleeping on Jay's couch, Washington had been linked to the 1995 fatal shooting of Randy Walker, a close associate of the late Tupac Shakur.

Jay left behind a wife and three children.

The 1980s hip-hop sensation Run-DMC was known for hits such as "It's Tricky" and the Aerosmith remake collaboration "Walk This Way."