A tiny Jack Russell Terrier in Canada managed to send a black bear scampering back into the woods with his ferocious bark. Credit: David Jonsson via Storyful

The dog, named “Jersey,” was seen in a video posted by David Jonsson standing his ground as a black bear climbs down a tree in the city of Port Coquitlam in British Columbia, Canada.

Jersey continuously barks and yelps ferociously at the large intruder, while the family in the background can be heard banging on pots and pans to help scare the bear away. 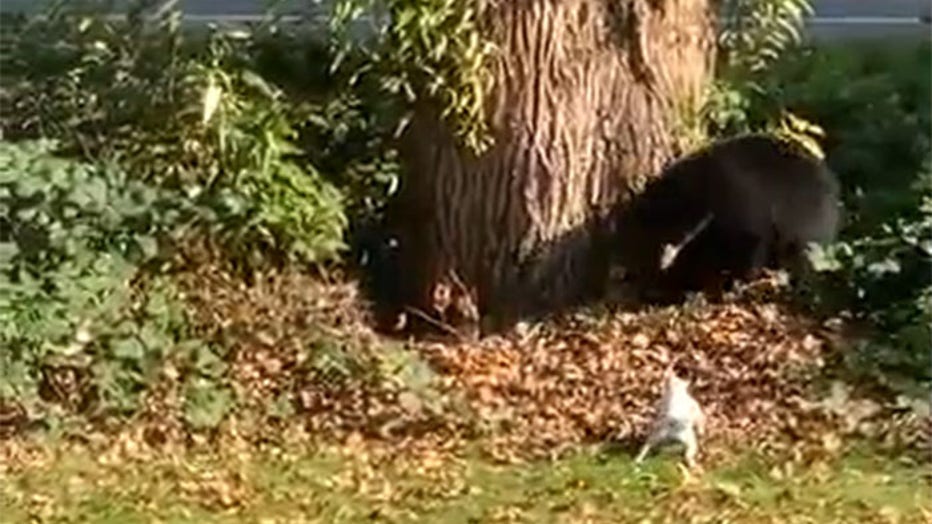 Jersey, a Jack Russell terrier in Canada, got into a standoff with a black bear in his backyard and fearless chased it back into the woods. (Photo credit: David Jonsson via Storyful)

When the bear decides to make a run for it, the small dog chases the animal at its heels the entire way. The bear even loses its footing and falls before making a final escape into the woods.

Another black bear in Florida, this one seemingly more hungry, was captured on camera wheeling a garbage can back up a man's driveway before tipping it over to enjoy the contents.