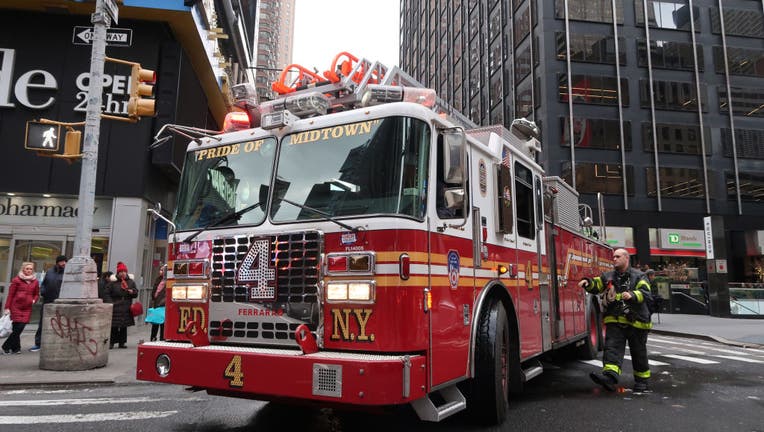 NEW YORK, NY - NOVEMBER 28: A fireman walks back to an FDNY fire engine as it tries to make a turn onto Broadway on November 28, 2018, in New York City. (Photo by Gary Hershorn/Getty Images)

NEW YORK (AP) — The number of people who died in New York City fires fell to 66 in 2019, even as crews responded to a record high number of medical emergencies.

“This marks the 14th consecutive year there have been fewer than 100 fire-related deaths, an unprecedented period in New York City history,” the Fire Department said in a news release.

Fifteen deaths in 2019 were attributed to electrical fires, according to the release, while 13 were caused by cooking.