The Food and Drug Administration is investigating reports of people getting sick after eating Lucky Charms cereal. The agency says it has received more than 100 complaints. No formal alert has been issued.

NEW YORK - The U.S. Food and Drug Administration is investigating Lucky Charms cereal after dozens of consumers complained of illness after eating it.

Posts to a website where consumers can complain about illnesses brought on by food claim the General Mills sugary breakfast cereal has caused nausea, vomiting, and diarrhea.

There were no reported recalls by the manufacturer. The company has said it didn't believe the cereal was responsible for the illnesses.

General Mills Inc., the Minneapolis-based company that makes Lucky Charms, Cheerios and other cereals, said it’s aware of those reports and takes them seriously. But the company said its own investigation has not found any evidence of consumer illness linked to Lucky Charms.

General Mills said it encourages consumers to share their concerns directly with the company.

The Food and Drug Administration said it has received more than 100 complaints linked to Lucky Charms this year.

"The FDA is aware of reports and is looking into the matter," said an FDA spokesperson. "The FDA takes seriously any reports of possible adulteration of a food that may also cause illnesses or injury. Depending on the seriousness of the problem, an FDA investigator may visit the person who made the complaint, collect product samples, and initiate inspections. Complaints of a less serious nature or those that appear to be isolated incidents are monitored and the information may be used during a future inspection of a company to help the FDA identify problem areas in a production plant. The complaints are also discussed with company management during these inspections. " 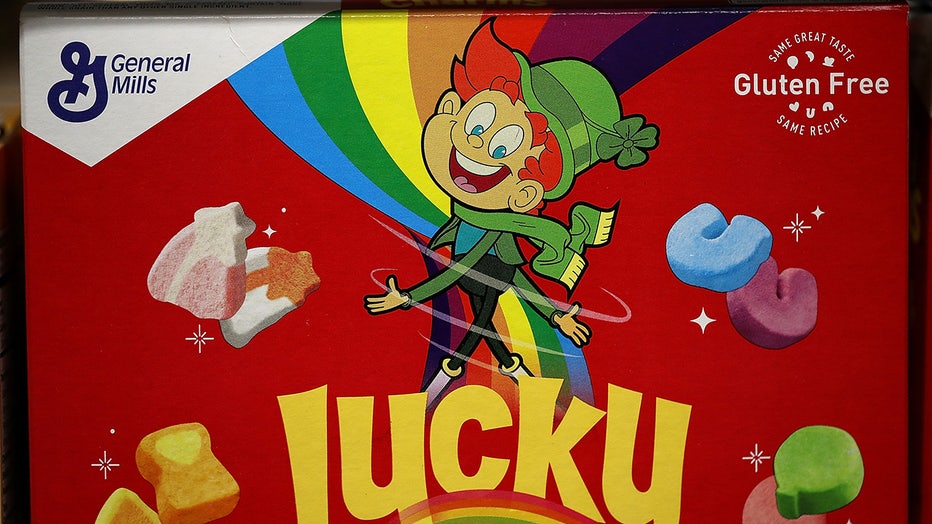 Cereals have been recalled in the past. In 2018, more than 70 people in 31 states fell ill with salmonella as a result of eating Kellogg's Honey Smacks cereal, according to the FDA and CDC.

In 2015, General Mills recalled 1.8 million boxes of Cheerios and Honey Nut Cheerios produced at a plant in Lodi, California, saying the cereal was labeled gluten-free but actually contains wheat.

Also in 2018, The Quaker Oats Company issued a voluntary recall of a small quantity of Cap’n Crunch’s Peanut Butter Crunch cereal due to the potential presence of salmonella.

FDA: 73 people get salmonella from cereal

'Do not eat this cereal': CDC links Honey Smacks, salmonella