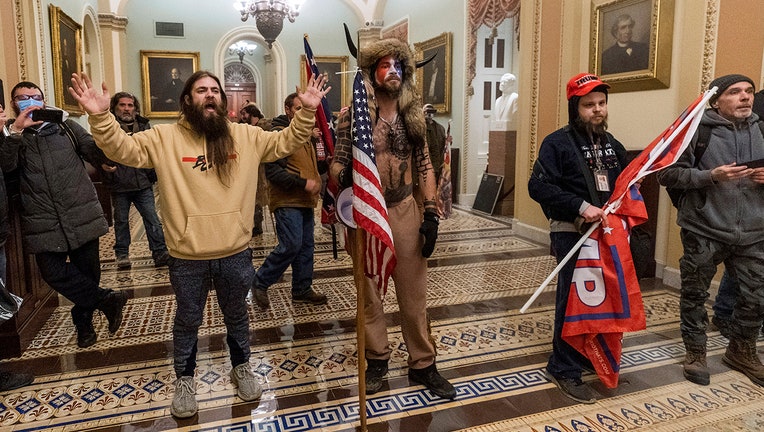 Supporters of Donald Trump outside the Senate Chamber at the U.S. Capitol in Washington, Wednesday, Jan. 6, 2021. The FBI identified the man in the gray sweatshirt (far right) as Eric Bochene of New Hartford, N.Y. (AP File Photo/Manuel Balce Ceneta)

The FBI arrested Eric Bochene of New Hartford, near Utica, on Thursday. He allegedly said he was among the first people inside the Capitol during the riot, according to a court document.

The U.S. Justice Department charged him with two counts of unlawfully entering or remaining in a restricted building or grounds and two counts of violent entry and disorderly conduct on Capitol grounds, according to court papers. The charges are misdemeanors.

Bochene, 49, appeared virtually before a U.S. magistrate, who released him on a $25,000 unsecured bond, Syracuse.com reported.

Several people sent the FBI tips about Bochene's alleged involvement in the Capitol breach, the FBI stated. Bochene told one tipster during a telephone call that he broke a window and that he was one of the first people inside the building, according to court documents.

Bochene also appears in several photographs of pro-Trump supporters roaming the halls of the Capitol. An FBI document showcased one photo showing Bochene among a group that includes Jacob Chansley, an Arizona man who went shirtless and wore face paint and a furry hat with horns during the siege. 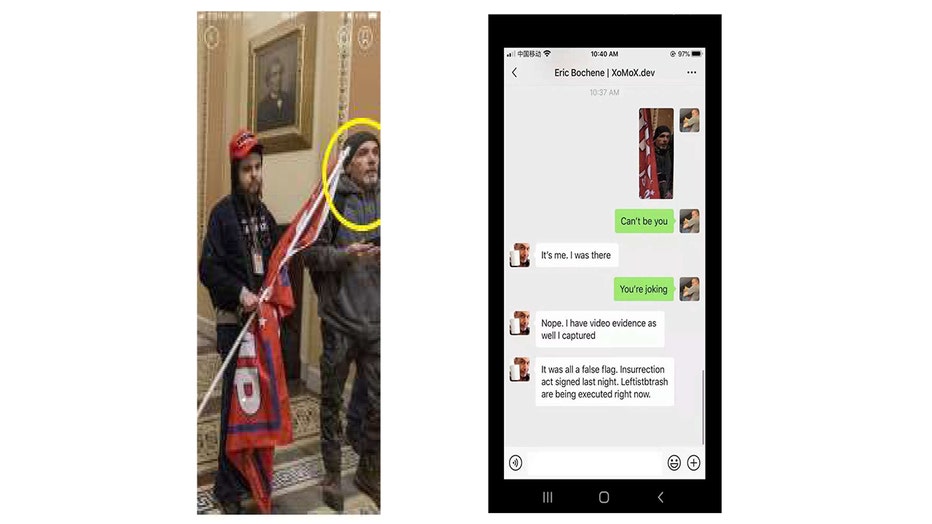 In a document filed in court, the FBI provided these screenshots in the case against Eric Bochene of New Hartford, N.Y. (Via U.S. Justice Department)

When investigators with the FBI Joint Terrorism Task Force came to Bochene's home, he admitted he was at the Capitol and showed them a two-minute video he recorded in the building, according to court papers.