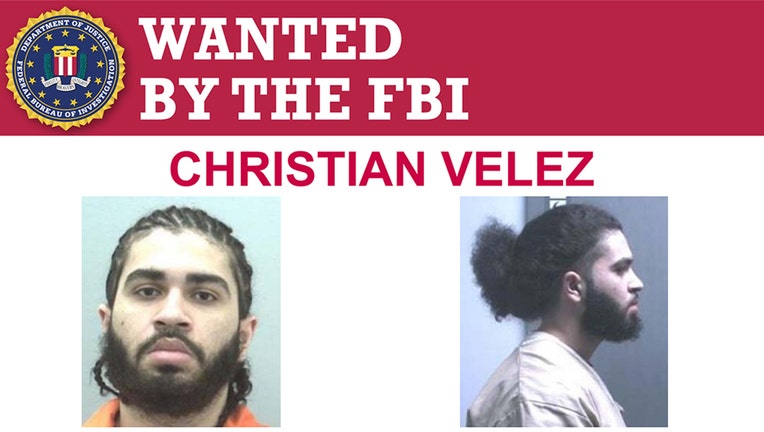 The FBI and the Connecticut State Police are looking for a man wanted in connection with a series of robberies in the state that began in September.

Federal authorities have charged Christian Velez, 23, with federal robbery and firearm offenses for "brandishing a firearm during and in relation to a crime of violence," officials said. He is also wanted under several state arrested warrants.

The FBI is offering a reward of up to $25,000 for information leading to Velez's arrest and conviction, according to a Justice Department news release.

Authorities did not disclose any details of the crimes. "The complaint affidavit remains sealed," the U.S. Attorney's Office in Connecticut said.

Velez should be considered "armed and dangerous" and "may have violent tendencies," the FBI said.

Authorities describe Velez as 5 feet 10, about 180 pounds, with black hair and brown eyes.

Anyone with information about Velez and this case can contact the FBI New Haven Field Office at 203-503-5580 or online at tips.fbi.gov.