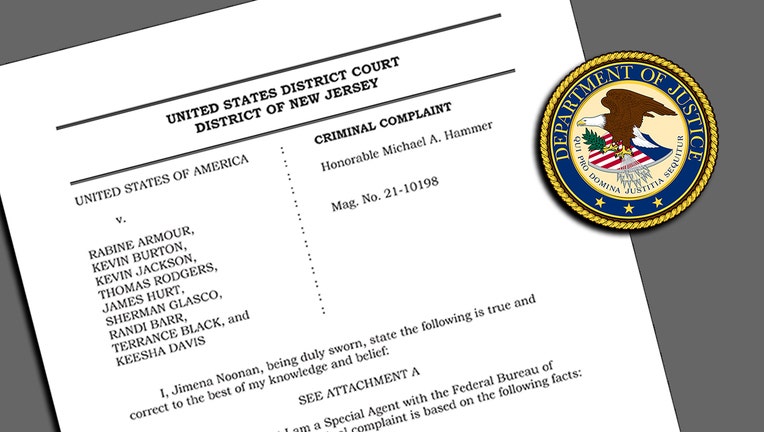 The group gained information on potential victims by burglarizing their cars and, in some cases, placing makeshift tracking in the vehicles, according to the U.S. attorney's office. Once targeted, the homes often were broken into through unsecured, second-floor windows. The burglaries occurred in Pennsylvania, New Jersey, New York and Delaware.

The group allegedly targeted business owners, typically of Asian family-owned restaurants. In one burglary, about $500,000 in cash was stolen, according to a criminal complaint.

In March 2019, authorities followed three men from the Elizabeth address to a home in Old Bridge and witnessed them break into a home, according to the complaint. Two were arrested after a chase, and the third was arrested the following day. Cellphone records were used to identify other suspects.

Searches of homes and vehicles used by the suspects revealed numerous items stolen from various homes, according to the complaint, along with "derogatory descriptive terms to identify the ethnicity of each of homeowners for the respective residences."

All were scheduled to make initial court appearances by videoconference Tuesday. Attorneys listed for them either declined comment or did not respond to requests for comment Tuesday.

"These defendants allegedly carried out a brazen conspiracy based on stereotype and opportunity. It is fitting that these arrests come at a time when society is raising awareness regarding crimes against our Asian-American citizens."